Andi Dorfman net worth: Andi Dorfman is an American television personality who has a net worth of $300 thousand dollars. Andi Dorfman was born in Atlanta, Georgia in April 1987. She is best known for appearing on the reality shows The Bachelor and The Bachelorette. Dorfman graduated from Louisiana State University and earned a J.D.

from Wake Forest University School of Law. She worked as an Assistant District Attorney for Fulton County, Georgia. Andi appeared on the 18th season of The Bachelor in 2014. She made it to the eighth episode but quit the competition after walking out on bachelor Juan Pablo Galavis. Dorfman was chosen as The Bachelorette for the tenth season in 2014. She took leave from her job but later resigned. She chose bachelor Josh Murray as the winner of the competition and the two became in engaged in July 2014. Andi denied rumors that she was pregnant. She was paid $50,000 for starring in The Bachelorette. Dorfman was the first attorney and the first Bachelorette to acknowledge her Jewish ancestry. Her favorite TV show is Scandal and she was named one of Atlanta's Most Eligible. 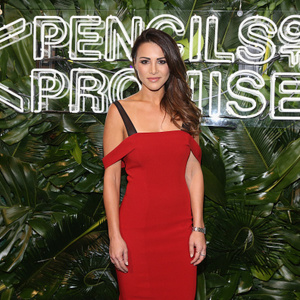