Ana Quincoces net worth: Ana Quincoces is a Cuban-American reality show star, lawyer and chef who has a net worth of $9 million dollars. Ana Quincoces grew up in Miami, Florida and began cooking as a child, learning Cuban recipes from her mother. As an adult, she self-published a cookbook called "Cuban Chicks Can Cook". The book sold out quickly, and she was subsequently invited by a publisher to write a second cookbook. This book, "Sabor! A Passion for Cuban Cuisine", led to a successful career in the kitchen. She now writes for multiple publications, and has appeared on various cooking programs worldwide. She is also a licensed attorney and specializes in real estate law. She has two daughters with her ex-husband Robert. She joined the cast of "The Real Housewives of Miami" for its second season. The show, which is the seventh spin-off in "The Real Housewives" franchise, began airing in February of 2011, and has so far, enjoyed steady ratings success. The second season will begin airing in September of 2012.

Other Real Housewives of Miami Net Worths related to Ana Quincoces Net Worth: 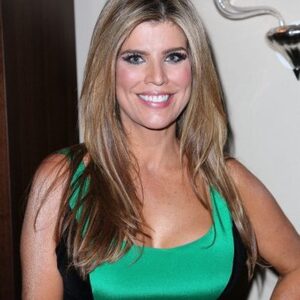 The Real Housewives of Miami