What is Alan Dershowitz's Net Worth?

Alan Dershowitz is a lawyer and former professor who has a net worth of $20 million. Alan Dershowitz focuses on American constitutional and criminal law. He is best known for taking on high-profile cases for unpopular clients, including Julian Assange, Mike Tyson, Patty Hearst, and Harvey Weinstein. Dershowitz was also on the legal defense teams for O. J. Simpson, Donald Trump, and Jeffrey Epstein, and was accused of rape by one of Epstein's victims in 2014.

Alan Dershowitz was born on September 1, 1938 in the Brooklyn borough of New York City to Orthodox Jewish parents Claire and Harry. At the age of 14, he had his first job working at a deli factory on the Lower East Side of Manhattan. Dershowitz went to the boys' preparatory school Yeshiva University High School, where he played basketball. After graduating, he enrolled at Brooklyn College, and earned his AB in political science in 1959. Dershowitz subsequently attended Yale Law School, where he served as the editor-in-chief of the Yale Law Journal. In 1962, he graduated first in his class with a bachelor of laws degree.

Following his graduation from Yale, Dershowitz clerked for chief judge of the US Court of Appeals for the District of Columbia Circuit, David L. Bazelon. After this, he clerked for Supreme Court Justice Arthur Goldberg for a year. In 1964, Dershowitz became an assistant professor at Harvard Law School; three years later, at the age of 28, he was made a full-time professor, making him the youngest in the Law School's history. Dershowitz would go on teaching at Harvard Law for four decades before retiring in 2013.

While teaching at Harvard, Dershowitz maintained his legal practice in civil and criminal law. He had one of his first major cases in 1984 when he represented Claus von Bülow, a British socialite accused of attempting to murder his wife. Dershowitz successfully got the conviction overturned, and the case became the foundation for his book "Reversal of Fortune," which was later made into an Oscar-winning film. In 1995, Dershowitz had another high-profile case when he served as an appellate adviser to O. J. Simpson's defense team during the football star's murder trial. Among his other controversial clients, Dershowitz represented American businesswoman Leona Helmsley; televangelist fraudster Jim Bakker; professional boxer Mike Tyson; and financier Michael Milken.

Dershowitz had a number of unpopular clients in the 2000s. In 2006, he served on the legal defense team for the first criminal case against sex offender Jeffrey Epstein. Dershowitz helped to successfully negotiate a non-prosecution agreement on Epstein's behalf. Later, in 2011, Dershowitz served as a consultant on the legal team for Julian Assange, who was facing the possibility of being charged by the US government for releasing classified documents via WikiLeaks. Another heated case came seven years later, when Dershowitz joined the legal team for film producer and sex predator Harvey Weinstein. He drew more attention and ire in 2020, when he joined the legal team defending Donald Trump in his first impeachment. This was all the more controversial because Dershowitz had supported Hillary Clinton in the 2016 election, and had harshly criticized Trump before his election. Moreover, he made statements in his oral arguments that contradicted his positions during the earlier impeachment of Bill Clinton. Dershowitz continued to receive backlash following the trial, as he exploited his ties with Trump's administration to lobby for the clemency of a number of his clients. 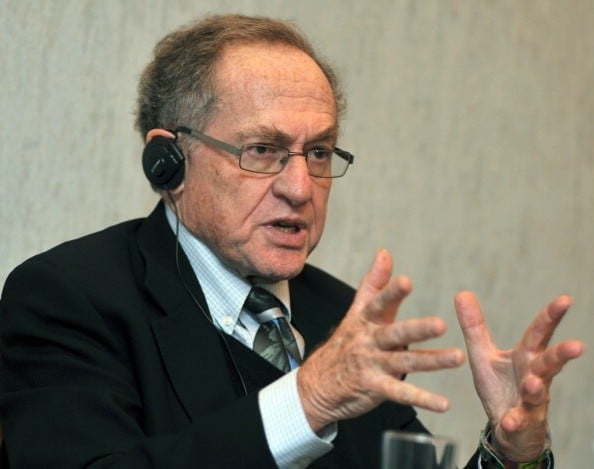 Dershowitz is a member of the Democratic Party, and supported Hillary Clinton in both the 2008 and 2016 presidential elections. He eventually endorsed Barack Obama when he won the nomination in the former year. In 2020, Dershowitz supported Joe Biden.

In other political matters, Dershowitz is a strong supporter of Israel, and defended the aggressive actions of the Israel Defense Forces during the 2006 conflict with Lebanon. He is also a supporter of gun control, having rightly stated that the Second Amendment of the Constitution has "no place in modern society." However, Dershowitz has been more reactionary in other areas; for instance, after the 9/11 attacks, he advocated for torture methods under certain conditions.

Beginning in 2014, Dershowitz was implicated in sex trafficking crimes involving his client Jeffrey Epstein. Specifically, accuser Virginia Giuffre alleged that Epstein had trafficked her to Dershowitz, and that Dershowitz was also an eyewitness to the sexual abuse of other minors. Dershowitz settled out of court with Giuffre's lawyers in 2016; however, three years later, Giuffre filed a defamation lawsuit alleging that Dershowitz made malicious statements about her. In the 2020 Netflix series "Jeffrey Epstein: Filthy Rich," Giuffre repeats her allegations on screen.

In 1959, Dershowitz wed Sue Barlach, whom he had met during high school at a Jewish summer camp in the Catskills. Together, they had two sons named Elon, who became a film producer, and Jamin, who became an attorney like his father. Dershowitz and Barlach split up in 1973 before officially divorcing in 1976. Following a legal battle, Dershowitz won full custody of the children. Later, in 1986, he married retired neuropsychologist Carolyn Cohen, with whom he has a daughter named Ella. The two divide their time between residences in Manhattan, Martha's Vineyard, and Miami Beach. 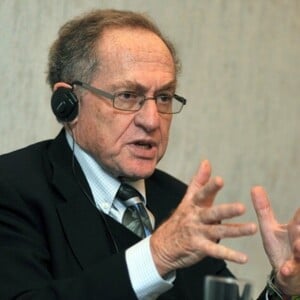