Al Cardenas net worth: Al Cardenas is a Cuban American lawyer, politician, and conservative activist who has a net worth of $3 million. He is perhaps best known for being one of Washington D.C.'s top lobbyists.

Al Cardenas was born in Havana, Cuba in January 1948. He graduated from Miami Dade Community College, Florida Atlantic University, and earned his JD from Seton Hall University. Cardenas is a Republican. He served as the Chairman of the Florida Republican Party from 1999 to 2003. He also served as Chairman of the American Conservative Union from 2011 to 2014. Cardenas is a partner in the law firm Squire Patton Boggs. He is also a  partner in the Advocacy Group at Cardenas Partners and a member of the Board of Trustees of Florida A&M University. At the beginning of the Ronald Reagan administration he was responsible for the transition of the United States Department of Commerce. Al Cardenas married Ana Navarro in 2019. 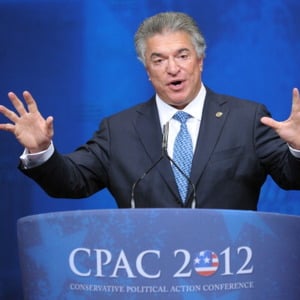