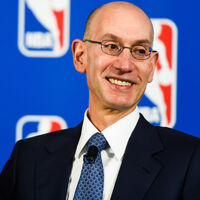 What is Adam Silver's Net Worth and Salary?

Adam Silver is an American businessman, lawyer and sports executive who has a net worth of $40 million. Adam Silver is the fifth and current commissioner of the National Basketball Association (NBA).

Silver's annual salary is $10 million. In June 2018, the NBA extended Adam Silver's contract through the 2023-2024 season. By the end of that contract, he will have earned exactly $100 million in salary alone from the league. He likely also earns bonuses for achieving various milestones and revenue/expansion goals.

Adam Silver was born in Rye, New York, a suburb of New York City, on April 25, 1962. He attended Rye High School, graduating in 1980, and continued his education at Duke University, where he majored in political science. After graduating from college in 1984, he worked for Les AuCoin, a member of the U.S. House of Representatives, for a year as a legislative aid. He then attended the University of Chicago Law School, graduating with a J.D. degree in 1988. After law school Silver worked as a clerk for Judge Kimba Wood of the U.S. District Court for the Southern District of New York. He then joined the law firm Cravath, Swaine & Moore as an associate.

Silver initially joined the NBA in 1992 as the Deputy Commissioner and Chief Operating Officer for eight years. In that position, he was involved in ventures such as the negotiation of the league's last three collective bargaining agreements with the National basketball Players Association, the development of the WNBA league, the development of the NBA Development League, the creation of NBA China, and the partnership with Turner Broadcasting for them to manage the NBA's digital assets. He has also held the positions of Senior VP & COO of NBA Entertainment, NBA Chief of Staff and Special Assistant to the Commissioner. While with NBA Entertainment, Silver served as executive producer on the IMAX movie "Michael Jordan to the Max," the documentary "Whatever Happened to Michael Ray?" (2000), and the films "Like Mike" (2002) and "Year of the Yao."

In October 2012, David Stern (the NBA Commissioner at the time) endorsed Silver to be the next NBA Commissioner when he announced that he would be stepping down from the position on February 1, 2014. 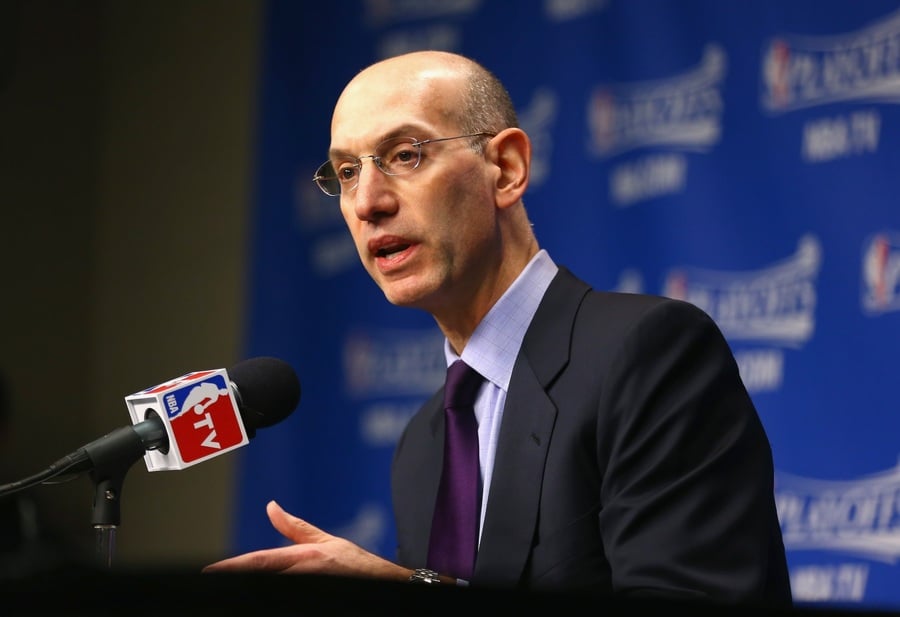 In late April, 2014, Adam Silver was put through his first major test as league commissioner when he was forced to deal with racist remarks made by Clippers owner Donald Sterling. Sterling was caught on tape making extremely racist comments to his girlfriend. Within a few days of the tapes being made public, Silver and the NBA announced that they had decided to ban Sterling from all NBA events for life. Silver and the NBA also announced that they will do whatever they can to force him to sell the team. This was one of the most severe punishments ever imposed on the owner of a professional sports team.

Other notable incidents Silver has dealt with as commissioner include a 2019 tweet by Houston Rockets general manager Daryl Morey that supported the 2019 Hong Kong protests. The tweet caused political controversy, and issues relating to the partnership between China and the NBA. China responded to Morey's tweet negatively, stating that they would possibly decide to cut ties with the NBA. Silver, however, responded in support of Morey, stating that he had a right to express himself and had freedom of speech.

Silver has been married to his wife, Maggie, since 2015. They have one daughter together. He is on the Board of Trustees for Duke University, and won received the 2016 Distinguished Alumnus Award from the University of Chicago Law School. He also serves on the board of the Lustgarten Pancreatic Cancer Foundation.