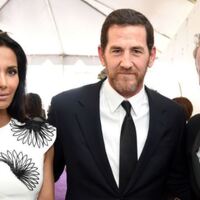 Adam Dell net worth: Adam Dell is an American venture capitalist and attorney who has a net worth of $200 million. Adam Dell was born in Houston, Texas in January 1970. He is the brother of the founder of Dell Inc., Michael Dell. Adam Dell studied at Tulane University and the University of Texas School of Law. He worked as a corporate attorney in Austin, Texas and then joined the venture capital firm Enterprise Partners. Dell later joined Crosspoint Venture Partners in California and became a partner in 1999. He formed Impact Venture Partners in New York City in 2000 and later became a Venture Partner at Austin Ventures. He has invested in several technology companies like Hotjobs.com and OpenTable. He launched the financial app Clarity Money in 2016 which was backed by George Soros and Bessemer Venture Partners. Adam Dell has a daughter with author and actress Padma Lakshmi. He was also a visiting professor at the University of Texas School of Law.