Laurence D. Fink is the Chairman and CEO of BlackRock and has a net worth of $340 million. Laurence D. Fink has earned his net worth as the Head of First Boston's bond department, helped to develop the mortgage backed security market in the U.S., became a partner at the Blackstone private equity firm and became the CEO and chairman of the largest asset management firm in the world, BlackRock.

He serves on the Board of Trustees for New York University, and NYU Hospitals Center Board of Trustees, where he is also the CEO and Co-Chairman. He was the highest paid CEO on Wall Street in 2010. He was born in New York City, New York. 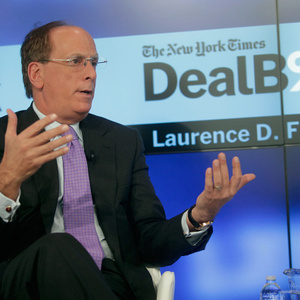