How much is L.A. Reid Worth?

L.A. Reid Net Worth: L.A. Reid is a music executive and producer who has a net worth of $300 million dollars. L.A. Reid was Born Antonio M. Reid on June 7, 1956 in Cincinnati, Ohio. A music fiend even as a child, he grew up listening to James Brown, Sly Stone and Led Zeppelin. In his youth, Reid was known for turning nearly anything into a drum set—pots, pans and anything else that would suffice. His hometown of Cincinnati, with its own rich musical traditions, also played a huge part in his musical development. By his teens, Reid was playing drums in a band, gaining performance chops in front of modest crowds. Reid's own reputation and persona were elevated through his selective taste in expensive clothes, prompting his buddies to nickname him "L.A.".

LaFace Records: In the mid-1970s L.A. Reid played drums for a group called Pure Essence. He experienced more mainstream success through the group The Deele which had several hit songs. His band mate in The Deele was Kenneth "Babyface" Edmonds. After The Deele broke up, Babyface and Reid co-founded LaFace Records through a joint venture with Arista Records via funding from Arista creator Clive Davis. LaFace Records which would go on to be one of the most successful record labels in the world in the late 1990s and early 2000s. Through LaFace records, TLC sold 75 million records worldwide. Toni Braxton sold 65 million records, as did Usher who was signed to the label when he was just 16 years old. Outkast sold 25 million records.

Reid is also the president and CEO of Hitco Music Publishing based in Atlanta, Georgia and the former chairman and CEO of the Island Def Jam Music Group until his move to Epic Records in 2011. He appeared as a judge on the first two seasons of the U.S. version of the television show The X Factor, but in December 2012 announced he would not be back for the show's third season, citing his need to focus on his leadership at Epic. L.A. Reid has won three Grammy Awards, and is the man responsible for shepherding the careers of many successful artists including, Mariah Carey, Pink, Avril Lavigne, Rihanna, Usher, and Justin Bieber, among others. He was the CEO and Chairman of Island Def Jam Music Group from 2004 to 2011. He was the Chairman and CEO of Epic Records from 2011 to 2017. 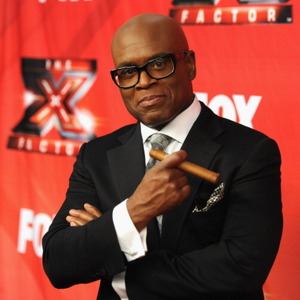