Kevin Huvane was born in the Bronx, New York on November 7, 1958. His brother Chris Huvane would go on to be an actor, his brother Stephen became a Hollywood publicist.

He is said to have been inspired to become involved in the entertainment industry when he was a teenager, after seeing Meryl Streep perform "Shakespeare in the Park".

He was considered one of the "Young Turks" at CAA – the new generation of agents that wanted to push the firm's founders out. In 1995, one of CAA's founders, Ron Meyer, left to become the head of studio MCA. Soon thereafter, another founder, Michael Ovitz, left for a role at Disney. After Ovitz left, CAA was briefly run by Jay Maloney who had to leave due to a drug addiction problem. Kevin and several of his "Young Turk" cohorts took over as co-presidents and managing partners from that point on.

Real Estate: In 1988 Kevin paid $1.65 million for a home in Beverly Hills. He sold this home in 2016 for $5.2 million, just a few days after listing the property for $4.95 million. Years later Channing Tatum would own this same house.

In 2003 Kevin paid an undisclosed amount for a stunning home, this one also in Beverly Hills. In 2007 he tried to sell the home for $16 million. After not getting any buyers, he put the property under a massive renovation. The finished version was featured in a 2012 edition of Architectural Digest. The 1.5-acre estate has a guest house that spans 2,500 square-feet of living space. In 2015 he quietly listed the home for a reported $50 million, but once again did not get any takers so he pulled the listing and still owns the home today.

He owns at least one other home in Beverly Hills and a condo in New York City. 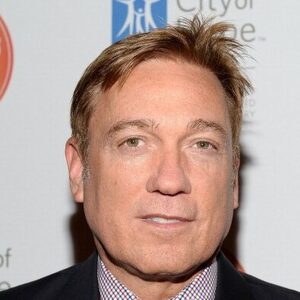