What is Julian Assange's net worth?

Julian Assange is an Australian publisher, journalist, computer programmer and Internet activist who has a net worth of $300 thousand. Julian Assange is probably most famous for being the editor-in-chief of WikiLeaks. WikiLeaks is a whistleblower website that releases information that often exposes classified and private information about governments and politicians. He is well-known for his public appearances in many parts of the world for speaking out about freedom of the press, censorship, and investigative journalism.

Assange has won many awards and nominations, including the 2009 Amnesty International Media Award and Readers' Choice for TIME magazine's 2010 Person of the Year. In his youth, he was referred to as "Australia's most famous, ethical, computer hacker" by the Personal Democracy Forum.

He was born Julian Paul Hawkins in Townsville, Queensland, Australia, on July 3, 1971 to Christie Ann Hawkins and John Shipton, who separated before he was born. When Julian was a year old, his mother married actor Brett Assange, whom Julian regards as his father, thus choosing Assange as his surname.

In 1987 at the age of 16, Assange began hacking under the name Mendax. He formed a hacking group called "The International Subversives." Assange married a girl named Teresa while he was still a teenager and they had a son, Daniel, in 1989. The couple divorced and disputed custody of Daniel until 1999. Over the course of the dispute, Assange's brown hair turned white. In 1991, Assange was discovered hacking into the Melbourne master terminal of Nortel, a Canadian multinational telecommunications corporation. The Australian Federal Police tapped Assange's phone line and raided his home. He was charged with 31 counts of hacking and related crimes in 1994. He pled guilty to 24 charges in December 1996 and was ordered to pay reparations and was released on a good behavior bond. Assange studied programming at the University of Melbourne from 2003-2006 but did not finish a degree.

Assange stated that he registered the domain leaks.org in 1999, but did not do anything with it at the time. He publicized a patent granted to the National Security Agency in August 1999 for voice-data harvesting technology. Assange and others established WikiLeaks in 2006. He became a member of the organization's advisory board and editor-in-chief. His idea was to make WikiLeaks into an "open-source, democratic intelligence agency". The open-editing aspect was soon abandoned, but the site remained open for anonymous submissions

From 2007-2010, he traveled worldwide on WikiLeaks business. WikiLeaks published, along with leaks, internet censorship lists, and classified media from anonymous sources including revelations about drone strikes in Yemen, 2008 Tibetan unrest in China, and more. WikiLeaks's international profile increased when a Swiss bank, Julius Baer, failed to block the site's publication of bank records. In 2008 during the U.S. presidential election campaigns, the contents of a Yahoo! Mail account belonging to Sarah Palin was posted on WikiLeaks after being hacked into.

Some topics that have been published on his WikiLeaks site include; extrajudicial killings in Kenya, toxic waste dumping in Cote d'Ivoire, and procedures at Guantanamo Bay. WikiLeaks has five international print media partners, which include; Der Spiegel, :e Monde, The Guardian, El Pais and The New York Times. In November, of 2010 WikiLeaks and its five media partners began publishing detailed correspondence between the U.S State Department and its diplomatic missions around the world, (also known as Cablegate). 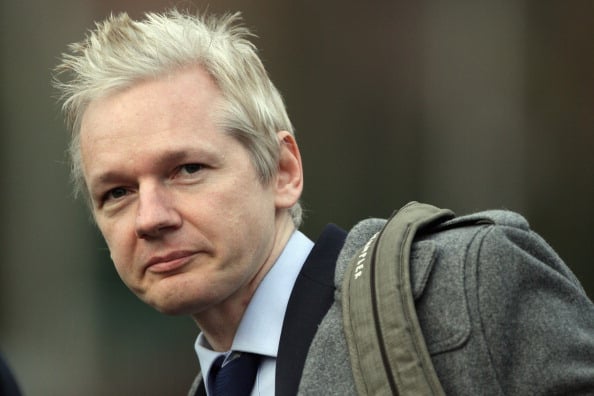 In early 2010, Chelsea Manning, a former U.S. Army soldier, disclosed to WikiLeaks nearly 750,000 classified, or unclassified but sensitive, military and diplomatic documents. After WikiLeaks released the Manning material, U.S. authorities began investigating WikiLeaks and Assange personally to prosecute them under the Espionage Act of 1917. In December 2011, prosecutors in the Chelsea Manning case revealed chat logs between Manning and an interlocutor they claimed to be Assange. Manning was charged with 22 severe offenses and imprisoned from 2010-2017 when she had her sentence commuted.

In November 2010, Sweden issued an international arrest warrant for Assange over allegations of sexual assault of two women. He breached his bail and took refuge in the Embassy of Ecuador in London in June 2012, where he was granted asylum by Ecuador on the grounds of political persecution, with the presumption that if he was extradited to Sweden, he would soon be extradited to the United States. In 2013, U.S. officials said that it was unlikely that the Justice Department would indict Assange for publishing classified documents because it would also have to prosecute the news organizations and writers who published classified material. In 2014, he was being actively investigated. Under the Obama Administration, the Department of Justice did not indict Assange because they were unable to find any evidence that his actions differed from those of a journalist, however, after Trump took power, Mike Pompeo and Jeff Sessions stepped up in pursuit of Assange.

Assange's asylum was withdrawn on April 11, 2019 following a series of disputes with the Ecuadorian authorities. British police were invited into the embassy, and Assange was arrested on the spot. He was found guilty of breaching the Bail Act and was sentenced to 50 weeks in prison. He was then further charged with violating the Espionage act of 1917 when the U.S. government unsealed older indictments against him. Since his arrest he has been incarcerated at the HM Prison Belmarsh in London. The U.S. requested that Assange be extradited to the United States, but on January 4 2021, Judge Braister ruled that Assange could not be extradited to the United States, citing concerns about his mental health and the risk of suicide in a U.S. prison. Two days later, Assange was denied bail by the United States on the grounds that he was a flight risk. 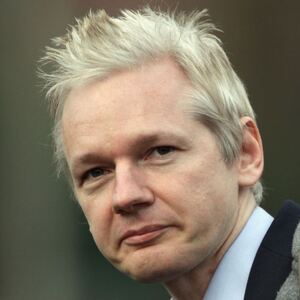