How much is Jon Peters Worth?

Jon Peters Net Worth and Salary: Jon Peters is an American film producer and former hairdresser who has a net worth of $300 million. Some of his most successful film projects include 2018's "A Star Is Born", 1980's "Cadyshack", 1989's Batman and 2001's "Ali". To date, Peters produced movies have grossed more than $6 billion at the global box office.

Jon Peters was born on June 2, 1945 in Van Nuys, California. Growing up he learned to style women's hair at a salon on Rodeo Drive in Beverly Hills that was owned by his mother's family. In the 1970s Jon was the hottest hairdresser in LA. He had dozens of celebrity clients and charged a fortune for a single hair styling. In 1974 he was tapped to design a wig that Barbra Streisand would wear in the movie "For Pete's Sake". Jon and Barbra soon began dating. He was married to singer Lesley Ann Warren at the time.

In 1976 Jon produced Barbra's film "A Star Is Born". The film made over $100 million at the box office on a budget of just $6 million and received four Oscar nominations. Peters went on to produce a string of hits for Streisand's awarding-winning albums.

In 1980 Jon teamed up with fellow producer, Peter Guber, and formed Polygram Productions. The company morphed into Boardwalk Productions with the addition of producer Neil Bogart – though Bogart died in 1982. Eventually the Guber-Peters partnership produced a string of blockbusters, including "Caddyshack", "An American Werewolf in London", "Flashdance" and "The Color Purple".

They parlayed their success into one of the most lucrative production deals of all time to that point, under Warner Brothers. While working for Warners, Jon and Peter's most successful project was 1989's "Batman" which earned more than $400 million worldwide on a budget of $35 million. This enormous success earned Guber and Peters an multi-million dollar contract offer from Warner Brothers which they initially accepted.

Sony: Not long after signing their deal, Sony came knocking and acquired Guber-Peters Entertainment for $50 million in a deal that would have the duo become Co-Chairman of Sony Pictures. There was just one problem: They were still under contract with Warner Brothers. Warner sued the duo and Sony for $1 billion for breach of contract. Sony ultimately agreed to pay Warner Brothers $500 million to release the two from their contracts. As such, Jon Peters and Peter Guber became the co-Chairman on Sony Pictures. They had no experience running a major studio.

While running Sony, Peters and Guber oversaw the production of dozens of very high profile and very expensive movies, many of which flopped. The oversaw the spending of $8 billion on production and other costs, ultimately causing Sony to lose more than $3 billion during the Peters Guber tenure. When they left Sony in the mid 1990s, Peter and Jon each earned $30-50 million severance package.

In the 1990s Jon acquired the film rights to Superman. For many years he unsuccessfully tried to get a Superman film made under his production, including a period when Nicolas Cage was tapped to play the title role. When "Superman Returns" was made in 2006 and "Man of Steel" was made in 2013, Peters had a large equity percentage in the backend performance of both films. He would later admit that he earned $85 million from those two movies alone without having anything to do with the actual production. He was actually forbidden from visiting the set of Man of Steel by producer Christopher Nolan. He served in a similar capacity for 2018's "A Star Is Born" remake.

Personal Life: Jon has been divorced four times. He was married to actress/singer Lesley Ann Warren from 1967 to 1974. In 2020 he shocked the world when it was revealed that he married actress/model Pamela Anderson. They actually dated briefly in the 1980s. According to legend, Jon once used the Sony corporate jet to deliver flowers to supermodel Vendela Kirsebom.

Real Estate: Over the years Jon has owned a number of extremely valuable houses, primarily in Los Angeles. In 2002 he sold a longtime Beverly Hills mansion for $10.5 million. In 2009 he sold a hilltop mansion in the exclusive gated community of Beverly Park for $12 million. Today his primary residence is a 3,000-acre ranch in Santa Barbara, California. 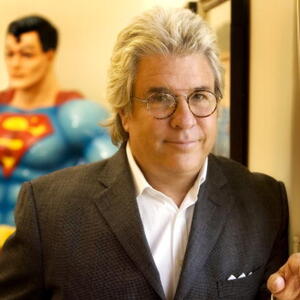