Jim Treliving net worth: Jim Treliving is a businessman and television personality who has a net worth of $700 million. He is best known for being a franchising expert and as one of the "dragon" investors on the hit Canadian reality series, Dragon's Den. Jim Treliving has earned his net worth through his business ventures as a chairman and owner of Boston Pizza in partnership with his partner George Melville. The company currently has 350 restaurants opened all over Canada and operations in three countries. The pair also own a collective investment portfolio called T&M Group of Companies. Through their ownership of TM they have also acquired ownership of Mr. Lube, Dermal Laser Centres, a real estate company called White Rock Commercial and more. They are also the owners of Kitchen Partners Limited (a custom food manufacturer) and the Stonebrook Benchlands development. The Global Entertainment Company, of which Jim Treliving is the chairman of the board, owns the Central Hockey League as well.

He was born in Virden, Manitoba in 1941. After finishing high school he joined the Royal Canadian Mounted Police. While he was stationed in Edmonton, he had his first visit to a Boston Pizza shop and the owners ended up giving him his first chance to open a store, and he did – but he ended up opening much more than one store.

As a dragon, on CBC's reality television show, Jim, along with four other dragons in the den, listen to entrepreneurs explain why investing in their product or business idea is a good idea. After considering their presentations, the five dragons cast their vote to either put up the money or choose not to invest. Jim Treliving has been a dragon on the show since 2006, and has been called, the Nice Dragon, the Quiet Dragon, and the Loving Dragon, because of his kindness and the fact that he has total respect for those looking to forge ahead with their business ideas. He is careful not to criticize the entrepreneurs, even when their ideas or products are beyond reasonable.

He lives in West Vancouver with his wife Sandi and his two stepchildren, Daniel and Katie. They also have homes in Dallas and Palm Springs. Jim Treliving has two children from a previous marriage, Cheryl and Brad. Cheryl, is the executive director of the Boston Pizza Foundation and son, Brad, is the Assistant General Manager of the professional hockey team, Phoenix Coyotes, as well as a franchise owner in Boston Pizza. Jim Treliving has also won awards that include distinctions like Canada's 50 Best Managed Companies, as well as, Pacific Canada's Ernest and Youngs Entrepreneur of the Year for Hospitality and Tourism. 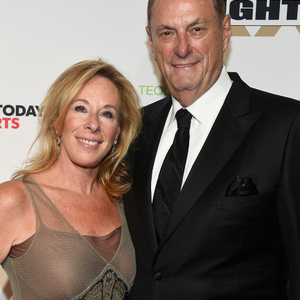