What is Jared Kushner's Net Worth?

Jared Kushner is an American real estate developer who has a net worth of $800 million. Jared Kushner became internationally famous thanks to his work in President Donald Trump's administration, a position he fell into through his marriage to Ivanka Trump. Before Trump's election, Jared was well-known in the New York real estate world. Six months after Donald Trump's Presidency ended, Jared established a private equity firm called Affinity Partners. Soon after launching, Affinity Partners accepted a $2 billion funding round led by Saudi crown prince Mohammed Bin Salman.

Jared Corey Kushner was born on January 10th of 1981 in Livingston, New Jersey. Jared's father is Charles Kushner, a well-known real estate developer. Raised in a Jewish family, Jared attended Harvard University in 1999. One journalist stated that Jared's father made a donation of $2.5 million before his son was accepted. In 2003, Jared Kushner graduated from Harvard with a Bachelor of Arts degree in government.

Jared Kushner's political career began when Donald Trump started to seriously consider running for office. When Trump's campaign began in full swing, Jared was one of its most involved managers. Kushner was especially involved in Trump's digital presence. When Trump won the election, Kushner was granted a high-level security clearance and continued to play a major role in the administration. Eventually, he was given the title of Senior Advisor to the President.

Jared's family business, the Kushner Companies, owns and operates approximately $7 billion worth of real estate assets around the country. In 2007, Jared personally oversaw the purchase of 666 Fifth Avenue, a moderately-sized office building in New York City. He paid an "unconventional" price of $1.8 billion, overpaying in an effort to secure the deal in the face of competition from other investors.

However, he only put down $50 million in equity and was forced to borrow the remaining $1.75 billion from lenders. These lenders demanded that Jared double the building's rent income in order to keep the building's loan-to-value ratio (LTV) in check. Jared oversaw this purchase when he was just 26 years old, shortly after taking over the family business. He assumed a leadership role in the company because his father was convicted of tax evasion, witness tampering, and other felony charges.

When Charles Kushner was sent to a federal prison in 2005, Jared took the lead and oversaw many new projects, including the purchase of 666 Fifth Avenue. The purchase was part of a much wider expansion into New York City, and Jared oversaw the spending of over $7 billion on real estate deals within the first ten years of leading the company.

The building proved to be a massive liability, and in the midst of the 2008 real estate crash, Kushner Cos. lost $90 million on its investment. With encouragement from his father, Jared started to sell off ownership stakes in the building. In 2017, Jared sold off his own ownership stake and helped organize a deal with Brookfield Asset Management (a company run by the Qatari government) for a $1 billion bailout.

In 2019, it was reported that Kushner Cos. had recently purchased an apartment portfolio for $1.15 billion dollars. The rental properties represented Kushner Companies' biggest purchase in over a decade. 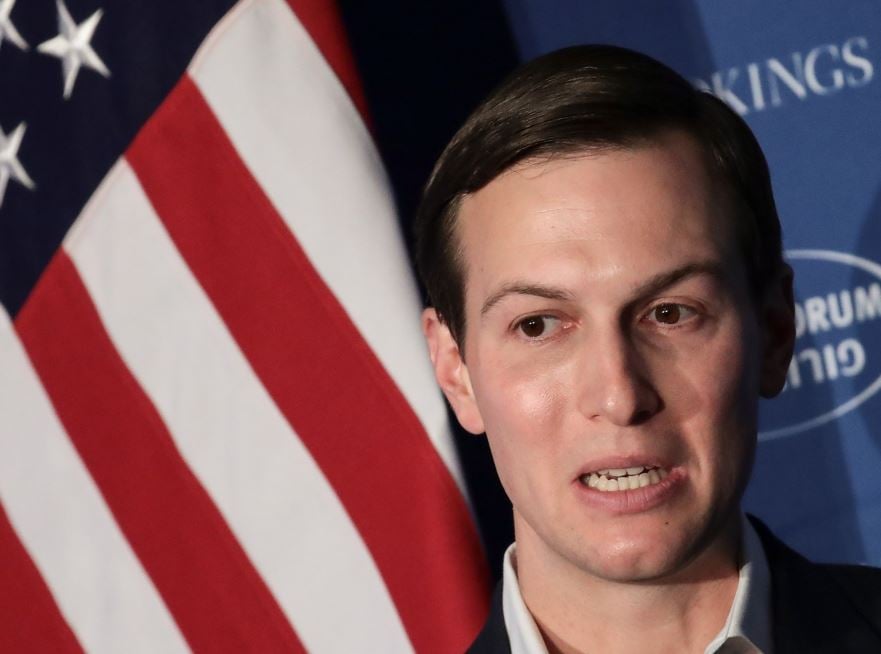 In 2020, it was reported that Jared Kushner was selling his stake in a real estate start-up called Cadre. The real estate company specializes in taking advantage of a tax break introduced by President Trump in 2017. Due to Jared and Donald's close relationship, his involvement with Cadre raised many eyebrows, with some suggesting a potential conflict of interest. This was probably one of the reasons Kushner sold his Cadre stake for a payday between $25 and $50 million.

Jared's April 2017 financial disclosure showed that he and Ivanka are the beneficiaries of a $740 million real estate and investment business trust. A June 2018 disclosure adjusted the number down slightly to $710 million.

Upon leaving the White House, Jared founded a private equity firm which he named Affinity Partners. One of his earliest investors was the Saudi crown prince Mohammed Bin Salman who led a $2 billion funding round through the country's Public Investment Fund. Critics alleged that the payment was a payback for Kushner's pro-Saudi actions during Trump's presidency. It has been alleged that Kushner vocally defended the crown prince even after U.S. intelligence concluded the MSB had approved of the brutal murder of journalist Jamal Khashoggi. MSB invested literally twice as much money into Kushner's investment company than he did to former Treasury Secretary Steven Mnuchin's newly formed fund, Liberty Strategic Capital. In exchange for the investment, the Saudi Public Investment Fund reportedly received a 28% stake in the firm.

In 2009, Jared Kushner married Ivanka Trump. They married in a Jewish ceremony, and Ivanka subsequently converted to Judaism. Over the course of their relationship, they have had three children together.

Ivanka and Jared reportedly own an art collection worth about $25 million. According to reports, the pair prefer to purchase pieces from young, up-and-coming artists.

As part of a financial disclosure agreement in 2018, Jared Kushner's wife Ivanka Trump reported $55 million worth of assets. In 2018, she also reported an annual income of $135 million. When she left the Trump Organization following her father's inauguration, she received a severance package of $2 million.

In 2018, an investigation by the New York Times revealed that as of 2016, Jared listed personally-controlled real estate assets that were valued at $372 million.

In December 2020 it was revealed that Jared and Ivanka paid $30 million for an undeveloped 1.8-acre plot of land on an ultra-exclusive private island in Miami called Indian Creek. The seller was Latin crooner Julio Iglesias. Julio put the plot of land together in two transactions. First he had owned mansion on one plot for decades. He demolished that mansion and then in 2008 paid $15.2 million for the property next door to create the combined nearly 2-acre empty ocean-front lot.

The island is so exclusive and private that visiting is not allowed with an owner's written permission and even if you have that permission it's illegal to get out of your car to go anywhere except the residence to which you were invited. The island has 14 police officers for roughly 40 full-time residents. The island is commonly referred to as the "billionaire bunker".