James Murdoch was born in Wimbledon, London, England on December 13, 1972. He graduated from the Horace Mann School in the early 90s, and then attended Harvard University for a few years before dropping out to start his own record label. News Corporation eventually purchased the label, Rawkus Records, in the late 90s, after the company hired Murdoch. He helmed Festival Records for a time, before the company went under. He then took over as CEO of Sky Television in Hong Kong, and then became CEO of BSkyB, a promotion that had many detractors. He stepped down in 2007, and subsequently took over development of News Corporation's media platforms. He was heavily involved in hearings surrounding the tabloid newspaper, "News of the World", which allegedly used illegal phone tapping to gather information about celebrities.

In 2018 the Murdoch family sold the majority of its assets to Walt Disney for $71.3 billion. The deal made each Murdoch child a multi-billionaire. In the wake of the deal, Rupert named James' brother Lachlan head of the remaining Fox Corporation. A role was not carved out for James who soon started his own investment firm called Lupa Systems.

James has long been rumored to be the lone non-conservative in an extremely conservative family. He had been publicly critical of President Donald Trump and some of Fox News' content. In the run-up to the 2020 Presidential election, James donated $1 million to a fund raising committee for Joe Biden.

On July 31, 2020 James submitted his resignation as a Board Member of News Corp. His resignation letter stated "my resignation is due to disagreements over certain editorial content published by the Company's news outlets and certain other strategic decisions." He had already previously stepped down from the Fox Corporation, which oversees the family's television station assets. 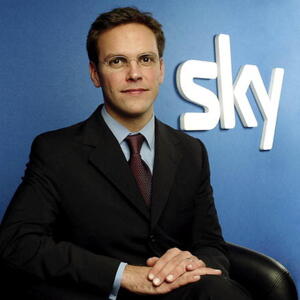