Herman Cain net worth: Herman Cain was an American entrepreneur and politician who had a net worth of $7 million at the time of his death in 2020. Herman Cain is probably most famous for being a Republican Presidential candidate during the 2012 Presidential election. He earned his fortune as the former Chief Executive Officer of Godfather's Pizza. His net worth was testament to his success as a businessman, having famously steered Godfather's Pizza from financial ruin into profitability before stepping down as CEO in 2002.

Cain first got attention for his business acumen in the 1980s, when he was assigned by his bosses at Pillsbury the task of managing 400 Burger King locations in the Philadelphia area. Within a span of only three years, Cain guided his region of Burger Kings from least profitable to most profitable in the area. One of the ways he did this was his "BEAMER program," which sought to encourage Burger King employees to smile and do other things to "make the customers smile."

After his success with Burger King, Cain was charged with bringing Godfather's Pizza, also owned by Pillsbury, into profitability. He did just that, albeit by cutting the number of Godfather's Pizza locations across the country by more than half. After stepping out of the corporate world and into the world of politics, Cain has surprised his detractors time and time again. He made headlines for his "9-9-9" flat tax rate plan, which many people speculated he got from a SimCity computer game. 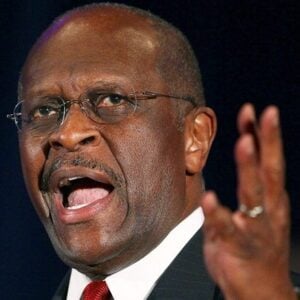