How much is Gurbaksh Chahal Worth?

Gurbaksh Chahal net worth: Gurbaksh Chahal is an award winning Entrepreneur and author who has a net worth of $200 million. Gurbaksh Chahal earned his net worth through various business ventures, TV appearances and writing. He was born in Tarn Taran Sahib, Punjab, India and began his journey in business ventures in 1998, at the age of 16. He is currently the founder, Chairman, and CEO of RadiumOne which is expected to raise $1 million in an IPO. By all accounts, Chahal appears to be a perfect tech entrepreneur. His first startup sold for $40 million to ValueClick, and his next, BlueLithium, was acquired by Yahoo for $300 million. In the summer of 2013, he was charged with 45 felonies and 2 misdemeanors for beating his girlfriend. Security cameras allegedly caught Chahal hitting  Juliet Kakish 117 times over a half-hour period in his San Francisco apartment. The complaint against Chahal accused him of hitting Kakish repeatedly in the head, assaulting her with a pillow, dragging her from the bed to the floor, covering her mouth to obstruct her breathing, and hitting her in the lower body approximately 15 times while threatening to kill her. He was arrested but was able to post the $1 million bail and was released shortly thereafter. In April of 2014, Chahal dodged jail time, and all 45 felony charges were dropped, when the judge threw out the video stating it was illegally obtained without a warrant; Kakish also declined to press charges. Police said they did not want to risk waiting for a warrant because they feared the video would be erased, but the judge did not buy into the argument. Chahal pled guilty to the two misdemeanors and agreed to three years of probation, many hours of community service, and has agreed to enroll in a domestic violence program for one year. 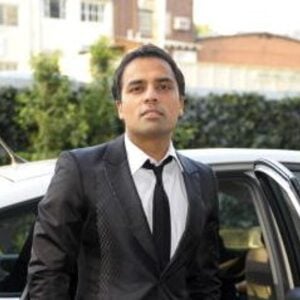