Griffin Guess Net Worth: Griffin Guess is an American music producer, creative director, and talent manager who has a net worth of $8 million dollars. That is a combined net worth with his wife, model Marisa Miller.

Griffin Guess was born on September 8, 1979 in San Diego, California. In 1998, he started Machete, a creative services company that produced marketing, film and music videos. Two years later he merged his company with Liberty Media, and joined Liberty Media Group as the creative director of Ascent Media in 2001. He soon became an executive producer in a few capacities for many leading names in the recording and production industry, gaining access to numerous creative award winning projects and record productions.

Later, Guess formed Cartel Records, an independent label which distributes digitally through iTunes. Cartel Inc has produced numerous award winning national ad campaigns for Harley Davidson, Victoria's Secret, the NFL, and Cadillac. Guess married supermodel Marisa Miller in 2006. He is therefore one of the luckiest men in the world. 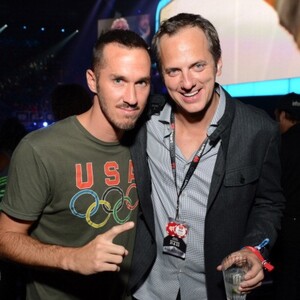