Greg Renker Net Worth and Salary: Greg Renker is an American businessman who has a net worth of $600 million dollars. Greg Renker is best known as the co-founder of Guthy-Renker. After his father lost his job, when Renker was just 16, Renker developed an affinity for self-help books, in hopes of avoiding the same financial stress his parents experienced. Renker attended the University of San Diego, majoring in comparative literature and simultaneously working sales jobs, including a job as a real estate agent. In 1981, at the Indian Wells Racquet Club and Resort in Indian Hills, California, where Renker's father was a manager, Renker met his future business partner Bill Guthy. Both Renker and Guthy were fans of the book Think Rich and Grow Rich and decided to buy the rights to the book (for $100,000) and ran their first infomercial in 1988, grossing $10 million from the campaign. Soon their focus turned to their newly formed company Guthy-Renker and its concept of new product and brand development, including selecting, licensing and developing products that met the direct response criteria for success, using a method of casting talent that had an associated product story rather than using a traditional endorsement. Guthy-Renker has partnered with many celebrities as well as physicians to launch their skin and hair care products (Victoria Principal, Cindy Crawford, Dr. Perricone, etc.). Today, Guthy-Renker employs around 650 people and has more than 400,000 square feet of fulfillment distribution and call center space, with locations in California, Louisiana and North Carolina. Renker and Guthy were honored by Goldman Sachs as two of the 100 Most Intriguing Entrepreneurs during the 2013 Innovators Summit.

Greg Renker Real Estate: In 2016, Greg and his wife Stacey spent $11 million to buy a beachfront home in Capinteria, California. Today the 5-bedroom home is estimated to be worth $16 million. Neighbors include Ashton Kutcher/Mila Kunis and Ellen DeGeneres. 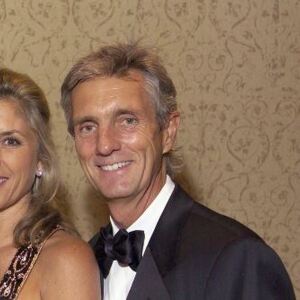