What was George Steinbrenner's Net Worth?

George Steinbrenner was an American sports businessman who had a net worth of $1.4 billion dollars at the time of his death in 2010. George Steinbrenner earned fortune and fame as the owner of the New York Yankees. He owned the team for 37 years up to his death at age of 80 in 2010.

He was nicknamed "The Boss" due to his hands-on management style, and his tenure as the Yankee's owner is the longest in club history. Steinbrenner's first attempt at owning a sports franchise occurred when he bought the Cleveland Pipers, a basketball team that was part of the old, and now-defunct, American Basketball League. He then wanted to buy his childhood favorite baseball team, the Cleveland Indians but his attempt was unsuccessful.

In 1973 Steinbrenner, along with several partners, purchased The New York Yankees from CBS Broadcasting for only $10 million. CBS had bought the team 10 years prior for $13 million and were looking to extricate themselves from sports team ownership. Steinbrenner contributed just $170,000 of the $10 million purchase price. Over time he acquired around 60% of the team. At the time he died the team was worth at least $2 billion. Today The Yankees are worth $5-6 billion. The team won 11 pennants and 7 World Championships under his ownership. Steinbrenner was the first owner to sell broadcast rights to Cable TV, creating a new income stream enjoyed by many teams today. Steinbrenner was an often controversial figure due to his domineering authority, his active role in boosting player salaries, and his predilection for interfering in on-field decisions. He was also involved in the sport of thoroughbred racing.

George Steinbrenner was born on the Fourth of July in 1930 in Bay Village, Ohio. His mother Rita was an Irish immigrant, while his father Henry was a former world-class hurdler who later became an affluent shipping magnate. Steinbrenner had two younger sisters named Susan and Judy. In 1944, he started attending Culver Military Academy in Indiana. Steinbrenner went on to obtain his BA from Williams College in Massachusetts in 1952. While at the latter school, he participated on the varsity track and field team, played piano, and worked as the sports editor of The Williams Record.

Following his graduation from Williams, Steinbrenner joined the US Air Force and was stationed at Lockbourne Air Force Base in Columbus, Ohio. He was honorably discharged in 1954, after which time he went to Ohio State University to earn his MA in physical education.

While a student at Ohio State, Steinbrenner was a graduate assistant to Buckeyes football coach Woody Hayes. He later became an assistant football coach at Northwestern University and Purdue University. Subsequently, in 1957, Steinbrenner joined Kinsman Marine Transit Company, the shipping company that had been purchased by his great-grandfather in the early 20th century. A few years later, Steinbrenner bought the company from his family.

In 1960, Steinbrenner made his first foray into the sports franchise business with the National Industrial Basketball League's Cleveland Pipers. After losing substantial money on the venture, he transitioned to theater, and helped produce a short-lived Broadway play called "The Ninety Day Mistress." 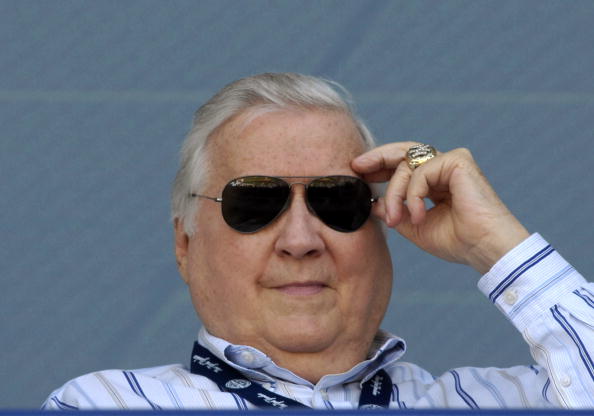 Steinbrenner had his claim to fame in early 1973, when he, New York Yankees club president and minority partner E. Michael Burke, and a group of investors purchased the Yankees from CBS. Burke soon quit as president, and was replaced by executive Gabe Paul. Steinbrenner and Paul subsequently sought to hire former Athletics manager Dick Williams, but legal matters got in the way. Eventually, former Pittsburgh Pirates manager Bill Virdon was hired to lead the club. Steinbrenner soon became notorious for his rapid turnover of management; in his first 23 seasons, there were 20 changes of managers. Moreover, he was also known for going after high-priced free agents and having feuds with them. Among his other controversial traits, Steinbrenner held strict military-style grooming protocols that forbade facial hair other than mustaches.

In 1974, Steinbrenner pleaded guilty to making illegal contributions to Richard Nixon's reelection campaign, as well as to a felony charge of obstruction of justice. He was fined $15,000, with his company American Shipbuilding fined another $20,000. Although Steinbrenner was initially suspended from the MLB for two years, this was commuted to 15 months. Eventually, Ronald Reagan pardoned him. However, his trouble was far from over. In 1990, Steinbrenner was permanently banned from day-to-day management for bribing gambler Howard Spira to dig up incriminatory information about Yankees player Dave Winfield, who had sued the team for failing to contribute a stipulated amount to his foundation.

Steinbrenner was reinstated by the Yankees in 1993; he went on to have a less controversial tenure during his later years. In 1995, the Yankees returned to the playoffs for the first time in 14 years, and the year after that, defeated the Atlanta Braves to win the World Series. This was followed by more success as the Yankees won World Series championships in 1998, 1999, and 2000. After just missing a fourth consecutive title in 2001, the team made the playoffs during every season through 2007. In 2009, the Yankees beat the Philadelphia Phillies to win their 27th championship title.

In 2005, Steinbrenner appointed his son-in-law Steve Swindal as his successor. Two years later, he officially retired due to poor health, and relinquished control of the Yankees to his sons Hal and Hank.

Steinbrenner was significantly involved in philanthropic endeavors during his life. Among them, he co-founded the Silver Shield Foundation to help with the cost of education for children of fallen police officers. Additionally, Steinbrenner frequently donated to families of officers in the Tampa Police Department and the New York City Police Department. His other charitable work included involvement with the Boys and Girls Club, the Salvation Army, and St. Joseph's Children's Hospital.

Beginning in 2006, Steinbrenner spent most of his time in Tampa, Florida. In July of 2010, he passed away from a heart attack days after his 80th birthday. Steinbrenner is interred at Trinity Memorial Gardens in Florida. 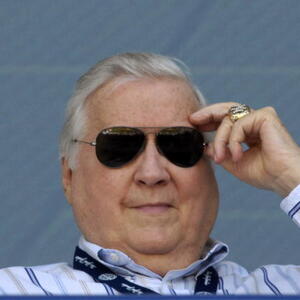