How much is Gene Haas Worth?

Gene Haas net worth: Gene Haas is an American businessman and entrepreneur who has a net worth of $250 million dollars. Gene Haas was born in November 1952. He is the founder, president, and sole stockholder of Haas Automation. He founded the NASCAR team Haas CNC Racing which is now known as Stewart-Haas Racing, and the Formula One team Haas Formula. Gene graduated with a degree in accounting and finance from California State University Northridge in 1975. He worked as a machinist and a CNC programmer. He opened a small machine shop called Pro-turn Engineering in 1978. He developed and built an indexer with a stepper motor drive and formed Haas Automation to mass produce them. His product the HBI-5C was patented in 1986. In 2008 sales for Haas Automation were just under $1 billion. The company is the largest machine tool manufacturer in the U.S. Gene formed Haas CNC Racing in 2002. He joined up with Tony Stewart in 2008 to form Stewart-Haas Racing. He submitted interest in 2014 to have his Haas Racing Developments team compete in Formula One racing. In 1999 he formed the Gene Haas Foundation to help local charities. In 2006 he was arrested by the IRS for filing false tax returns, conspiracy, and witness intimidation. He served 16 months in prison and was ordered to pay $75 million in restitution. 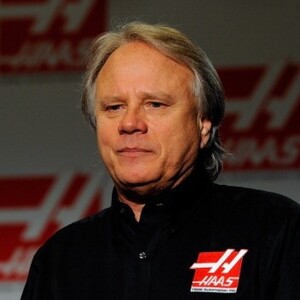