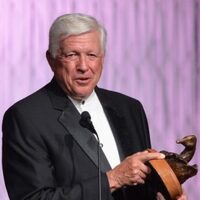 Foster Friess net worth: Foster Friess is an American businessman who has a net worth of $140 million. Foster Friess has earned his net worth from his company known as Friess Associates. He is a supporter of many conservative Christian causes. He was named by Business Week in a 2001 article as the "longest-surviving successful growth-stock picker, having navigated markets for 36 years". Foster Friess was born on April 2, 1940 in Rice Lake, WI, a town of only 5,000 people. His father was a cattle dealer and Foster grew up on the family farm. He earned a degree in Business Administration from the University of Wisconsin where he served as the president of the Chi Phi Fraternity. Foster was named as one of the "ten most outstanding senior men" while serving in the Reserve Officers' Training Corps. He married Lynnette Estes in 1962 and they had two sons, two daughters who eventually produced eight grandchildren. Foster is a born-again evangelical Christian and a Republican who was a supporter of the George W. Bush administration. He has been an active supporter for a number of religious and conservative causes such as the Private Sector Solutions, LibForAll, and Free Market Cure. Some of his educational causes include the Alliance for School Choice, and All Children Matter.