Ed Snider Net Worth: Ed Snider was an American businessman and sports figurehead who had a net worth of $2.5 billion. Ed Snider was born January 6, 1933, in Washington, D.C. He was notable for being the chairman of Comcast Spectacor, a Philadelphia-based sports and entertainment company which owns the Philadelphia Flyers of the National Hockey League, the Wells Fargo Center, the regional sports network Comcast SportsNet and Global Spectrum, an international facilities management company.

Ed Snider formerly owned the Philadelphia 76ers of the National Basketball Association. He was also a partner in the record company Edge Ltd. until he sold the company and joined Jerry Wolman (builder) and his brother-in-law Earl Foreman (attorney) to buy the Philadelphia Eagles in 1964, where he was given a 7 percent stake in the team and served as vice president and treasurer. In a 1999 Philadelphia Daily News poll, Snider was selected as the city's greatest sports mover and shaker, beating out legends Connie Mack, Sonny Hill, Bert Bel, and Roger Penske. In 2005, Snider became a prominent investor in a Foxwoods slots casino proposed for the waterfront in Philadelphia. In September 2008, facing massive opposition at the originally intended site, backers for the slots casino decided to seek a new location in the Center City area next to Philadelphia's Chinatown community. Ed Snider's honors and awards include being inducted into the Hockey Hall of Fame (1988), the Philadelphia Jewish Sports Hall of Fame (1997), the Philadelphia Sports Hall of Fame (2005) and the United States Hockey Hall of Fame (2011). Ed Snider died on April 11, 2016 at the age of 83. 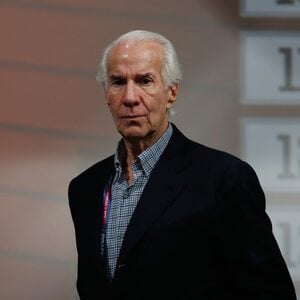