Dennis Hof net worth and salary: Dennis Hof was an American brothel owner, restaurateur, and entrepreneur who had a net worth of $20 million at the time of his death in October 2018. Dennis Hof was born in Phoenix, Arizona on October 14, 1946. He was known for owning The Moonlite BunnyRanch in Mound House, Nevada which is about an hour away from Reno. This is the ranch where NBA player Lamar Odom overdosed back in October 2015. He purchased the brothel in 1992. It had been in operation since 1955. Hof eventually bought or built several other brothels, notably The Love Ranch North, The Love Ranch South, and Alien Cathouse. Dennis shot to fame after his Bunny Ranch was featured in the HBO documentary series "Cathouse" which debuted in 2005. HBO eventually produced 17 episodes and 10 specials of Cathouse over two seasons.

Ever the master self-promoter, Hof was a guest on countless shows such as The Tyra Banks Show, The Opie and Anthony Show, The Howard Stern Show, Loveline, and Dr. Phil. His autobiography "The Art Of The Pimp" was a best-seller. He was engaged to Heidi Fleiss in 2009 and is noted for dating Sunset Thomas, an adult film star. Hof authored the book The Art of the Pimp in 2015. Dennis Hof died on October 16, 2018 at his Love Ranch brothel in Carson City, Nevada. He was 72 years old at the time of his death.

Over the years, Dennis sent CelebirtyNetWorth a handful of emails pushing us to increase our net worth estimate for him. In 2014 he emailed us claiming his net worth was $60 million, but did not offer any evidence of his number in follow up replies. About a year later he emailed again insisting his net worth was in fact $100 million. Once again, he did not offer any evidence to support that number. 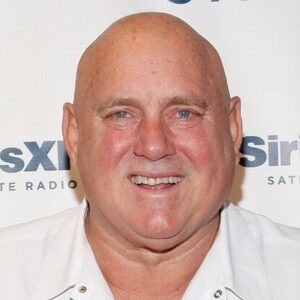