David Katzman net worth: David Katzman is an American businessman who has a net worth of $3.5 billion. David Katzman graduated from Michigan State University with a degree in Finance and Accounting and attended Detroit College of Law. Katzman worked in retail and founded DeeKay Enterprises in 1987. He also launched Habitat, Lens1st, and National Blinds and Wallpaper. The Home Depot purchased DeeKay in 1997. He served as President of The Home Depot S.O.C. He also served as the Managing partner of Camelot Venture for 10 years before forming the Camelot Venture Group in 2008. Camelot's investments include Lens Express, 1-800-Contacts, Real Age, Rawlings Sporting Goods, Fathead, and Quicken Loans. He served as the Vice Chairman of Quicken Loans and the National Basketball Association's Cleveland Cavaliers. Katzman is a majority owner of the Cavaliers along with Dan Gilbert and Gordon Gund.

SmileDirectClub: David's son Jordan Katzman is the co-founder of at-home teeth straightening company SmileDirectClub. They founded the company using seed money from David. In October 2018, SmileDirectClub raised capital at a $3.2 billion valuation. When the company announced its plans to go public in September 2019, its securities filings revealed a planned valuation that will give Jordan a paper net worth of $1.4 billion. Jordan's co-founder Alex Fenkell's projected net worth was listed at $1.3 billion. David Katzman, the largest shareholder, would be left with a $1.8 billion stake. SmileDirectClub IPO'd on September 13, 2019. It ended the day with a market cap of $12.5 billion. David's 76 million shares were worth $1.4 billion at the end of the first day of trading. 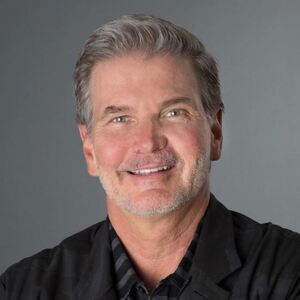