Toyota net worth: Toyota is a Japanese automotive manufacturer that has a net worth of approximately $236 billion US (18.583 trillion Yen).  Klichiro Toyoda founded Toyota in the early 1930s.  Originally part of Toyoda Automatic Loom Works, it was able to separate and become its own entity, with a slight name change, by 1937.  Toyota produced the A1 and the G1, a passenger car and a truck, respectively, during its first years of operation, and began to expand from there.  When the cars began to sell well in the U.S., the U.S. government began charging high fees for importing the vehicles.  In response, Toyota built manufacturing plants in the United States.  The oil crisis in the early 70s increased the popularity of smaller fuel-efficient cars, and Toyota began to make a name for itself in this area of car manufacture.  They also began to build motorsport vehicles in the early 80s.  In the mid to late-90s, they expanded into luxury car manufacture, including a line of pickup trucks and SUVS, and began producing the most popular hybrid vehicle, the Prius.  Over the course of the last fifteen years, they have expanded production in Europe, including setting up plants in the UK, and partnering with Formula One racing in France.  They are currently the largest automobile manufacturer in the world, and the ninth largest business in the world based on annual revenue.  Toyota employs 324,747 people on multiple continents. 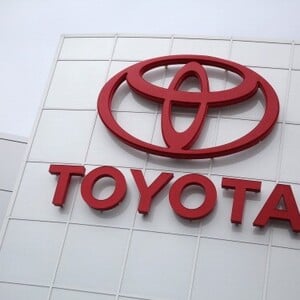