Procter and Gamble Net Worth

Procter and Gamble net worth:  Procter and Gamble is an American corporation that has a net worth of $230 billion.  Procter and Gamble was founded in the late 1830s, and began as a business venture between British candlemaker, William Procter, and Irish soapmaker, James Gamble, who had married a pair of sisters in the United States.  By the late 1850s, they were doing $1 million in business each year.  The company's early profits further benefited from the Civil War, as they were contracted to supply soap and candles for the Union Army.  After the war ended, many soldiers continued to use their products.  However, it was the development of their most famous product, Ivory Soap, which cemented the company's continued success.  Marketed as "the soap that floats", Ivory became a massively successful product, and Procter and Gamble began a profit-sharing program with its workers, which ensured workforce loyalty.  In the early 1900s, they began diversifying, starting with the cooking product, Crisco, and then jumping on the radio programming bandwagon.  The term, "soap opera", is based on the number of radio dramas Procter and Gamble underwrote during the 1920s and 30s.  They further expanded their holdings throughout the 40s and 50s, adding such products as Tide, Prell, Charmin, Pampers, and the first fluoride toothpaste, Crest.  Since then, the company has continued to expand worldwide, and now manufactures 31 brands that earn more than $1 billion each other, along with a wide range of lesser-selling items.  Though the company has consistently appeared on the list of "The World's Most Admired Companies", it has also had to recall products such as its Rely Tampons, which were found to cause abnormal rates of TSS, and was recently charged with price fixing in Europe, resulting in a $211.2 million Euro fine.  Procter and Gamble currently employs 129,000 people around the world. 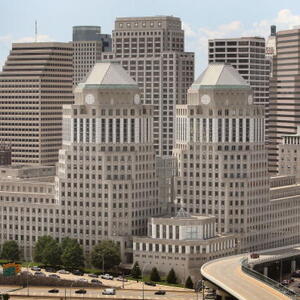