Johnson and Johnson Net Worth

Johnson & Johnson net worth: Johnson & Johnson is an American conglomerate that has a net worth of $435 billion. It is almost impossible to walk into a pharmacy, drug store, or grocery store, anywhere in the world, without finding a product made by Johnson & Johnson.  The New Brunswick, New Jersey-based company is literally synonymous with over-the-counter medical products, and their many subsidiaries supply medical equipment and drugs to multiple hospitals and surgical clinics around the globe.  Some of the company's more widely recognized products include, Band-Aid, Tylenol, Neutrogena, Clean & Clear, and Acuvue.  Chances are, you have one or more of their products in your bathroom, or medicine cabinet, right now.  Johnson & Johnson was founded in direct response to the work of famed doctor and scientist, Joseph Lister, who expounded upon the virtues of antiseptic medical practice in the late 1800s.  The Johnson brothers, of whom there were three, created their own line of surgical bandages in 1885.  By 1887, the company had grown significantly, and they incorporated.  The presidency of the company was passed from relative to relative for almost 80 years.  Johnson & Johnson has consistently ranked as one of the most respected company's in the world, and is well known for its commitment to "green" manufacturing.  The company's handling of the 1982 Chicago Tylenol incident, in which seven people died after ingesting Tylenol laced with cyanide, is held up as an example of how all manufacturers should handle the recall of products.  The company has 230 subsidiaries and manufactures 108 different product lines.  They currently employ 117,900 people in 57 countries. 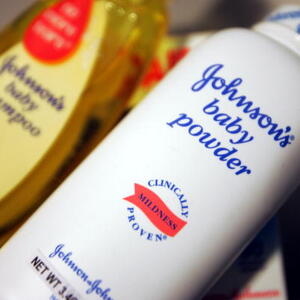