IBM net worth:  IBM is an American technology company that has a market cap of $115 billion as of this writing.  IBM, also known as International Business Machines Corporation, was founded just after the turn of the 20th Century.  In 1911, it was known as the Computing Tabulating Recording Corporation, and was formed in response to four major technological breakthroughs.  These breakthroughs were the invention of the computing scale, the dial recorder, the electric tabulating machine, and the time clock.  By the 1930s, the company was creating tabulating machines for large corporations, the U.S. Government, and, unfortunately, the Third Reich.  In the 50s, IBM produced the first "self-learning" program and launched a successful line of typewriters.  The 60s saw them working with NASA to create more effective ways to track the flight of astronauts, and launching their first series of computer systems.  During the 70s, they revolutionized barcode production and reading, and the 80s, ushered in the era of personal computers and software development.  Since then, they have restructured the company somewhat, and have gone on to become software giants, spending less time on the development of hardware.  They currently have nine research facilities spread out around the world, hold more patents than any other technology company based in the U.S., and, for the last 19 years, have received more patents than any other company.  They made headlines in 2011, when, "Watson", their artificial intelligence machine, became the champion of the game show "Jeopardy".  The company is based in Armonk, New York and currently employs 433,362 people worldwide. 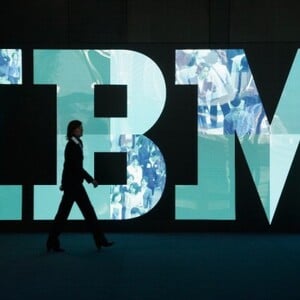