What is General Electric's net worth?  General Electric's net worth is $88 billion.  Like many major corporations, General Electric Company, also known GE, was formed from the merger of two smaller companies.  In this case, the two companies were Thomas Edison's Edison General Electric, and the Thomas-Houston Electric Company run by Charles Coffin.  Edison General Electric had the business contacts and the reputation, and Thomas-Houston had a huge number of patents.  The two companies combined in 1892, and opened their headquarters in Schenectady, New York.  GE began as a public company, and was one of the first publicly traded companies when the DOW Jones began operation in 1896.  The company has led innovation in turbosuperchargers for aircraft use and energy generation from large wind turbines.  In the late 50s, GE also began developing its own line of computing systems and software, but ended up abandoning research and development in the late 1960s.  The company has since expanded into telecommunications and entertainment, and currently owns more than half of NBCUniversal.  GE has a number of divisions, including GE Energy, GE Technology Infrastructure, and GE Capital.  The company has come under fire for both environmental safety violations and apparent tax evasion.  GE designed and built the nuclear reactors that fell apart in Japan after the 2011 earthquake and tsunami, and they have been accused of handling their toxic waste inappropriately.  The company has been implementing various environmentally conscious initiatives since 2005 in an effort to improve its image.  The company currently employs just over 300,000 people. On the stock market, General Electric fills a singular niche, as it is the only company to be listed on the Dow Jones Industrial Index that was also on the Dow Jones Index way back in 1896 when the index began. Time will tell if the company will still be on the Dow Jones in 2096 to keep the streak going. 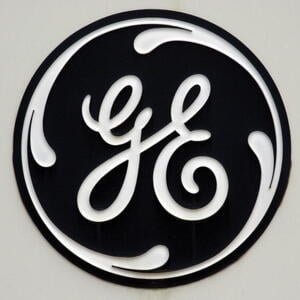