What is Exxon's net worth?  Exxon's net worth is $350 billion. Exxon, or Exxon Mobil, is a corporation focused on gas and mobile production based in Irving, Texas.  The company was formed in 1999, when Exxon and Mobil were merged.  Exxon, which is a gasoline, diesel fuel, auto repair, and convenience store company, was formed in the early 70s, as a merger between three smaller oil companies that had been around since the late 1880s.  It is currently the largest of the oil "supermajors", and produces 3.291 million barrels of oil a day.  It is also the largest publicly traded company in the world and the largest company in the world based on revenue.  Exxon and Mobil were originally part of the same company, John D. Rockefeller's Standard Oil Trust, but were split apart in the 1890s, so as not to monopolize the market.  Their merger in 1998, was unprecedented, as it meant that  previously merged companies were re-merging, and that the two largest oil companies were becoming one.  The Exxon Corporation has come under fire for multiple oil spills, and uses more single-hull oil tankers to ship crude oil than the ten other oil companies combined.  The company has been responsible for the 1989 Exxon Valdez spill (11 million gallons), the Greenpoint, Brooklyn spill (17 to 30 million gallons over a 100 year span), the 2011 Yellowstone River Spill (1000 barrels of oil), and the 2012 Baton Rouge pipeline spill (80,000 gallons). 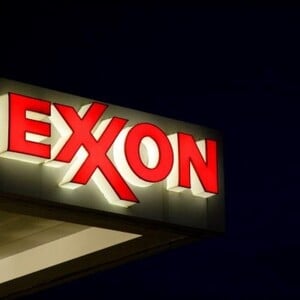