Counts Kustoms net worth: Counts Kustoms net worth is $10 million dollars. Counts Kustoms is a car and motorcycle restoration shop located in Las Vegas, Nevada, run by Danny "The Count" Koker. Mr. Koker grew up in Ohio, where the majority of his family worked for the Ford Motor Company. Always fascinated with cars, he taught himself to be a mechanic, and went on to launch a very successful career.

He has appeared on such shows as "Pawn Stars" and "American Restoration". His popularity on both of those programs led to The History Channel deciding to give him his own spin-off series, entitled, "Counting Cars". The show follows the day-to-day operations of the shop and his interactions with his co-workers and customers. The show began airing in August of 2012 on the History Channel and entered into its 7th season in 2017. Several celebrities have appeared on the series including Pawn Stars cast members Austin "Chumlee" Russell and Rick, Corey, and Richard Benjamin Harrison. Other celebs to appear include Ziggy Marley, members of the band Judas Priest, Rob Zombie, and Cassandra Peterson a.k.a. Elvira. Counting Cars has featured several cast members including Ryan Evans, Danny Koker, Rick Harrison, Roli Szabo, "Horny" Mike, Austin "Chumlee" Russell, Kevin Mack, Davey Deals, "Grandpa", and more. 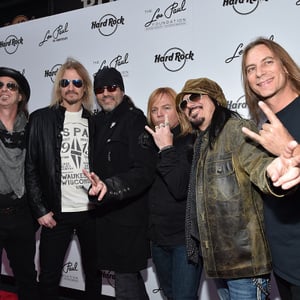