AT&T net worth: AT&T is an American telecommunications company that has a net worth is $266 billion. AT&T has had a rather strange life.  The first version of AT&T, which was founded in 1885, was split into the seven "Baby Bells", smaller corporations that controlled telecommunications in particular regions around the US, in 1983.  The former AT&T, also known as the American Telephone and Telegraph Company, had virtually monopolized the phone market, and the U.S. Government ordered the company to break-up.  The Southwestern Bell Corporation was one of the seven "Baby Bells", and the Bell that received the majority of AT&T's ownership rights.  The company began to develop cellular and mobile communications, in addition to their landline service, and began buying up smaller companies that were related to telecommunications development and innovation.  This continued until the early 2000s, at which point Southwestern Bell Corporation, now known as SBC Communications, Inc., was quite large.  In 2002, SBC purchased their original parent company, AT&T, for $16 billion.  It took almost a year for the merger to go through, at which point the company became known as AT&T again.  They then bought up BellSouth, which was valued at $86 billion.  Since then, the company has continued to grow, and has focused the majority of its development on new technology and mobile communications.  AT&T is the largest landline provider in the US, and second in mobile provision.  The company is headquartered in Dallas, Texas, and currently employs 256,420 people. 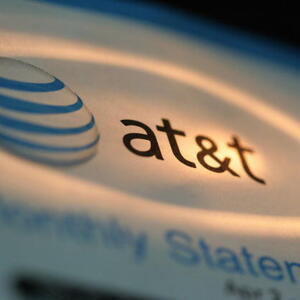