Apple net worth: Apple is an American multinational technology company that has a net worth of $2 trillion, as of August 2020. The history of Apple Inc. is the stuff of corporate legend. The rise, fall, and rise again of the company, has been chronicled in magazines, books, and television movies.  When primary founder, Steve Jobs, passed away in October of 2011, people around the world mourned his death publicly.  The success of the company is of such, that there was a short amount of time during the debt-ceiling crisis that Apple, Inc. actually had a greater amount of money in their reserves than the US government.  The company employs approximately 60,000 people around the world full-time, and another 3.000 part-time.

Launched by Steve Jobs, Steve Wozniak, and Ronald Wayne in 1976, the company struggled initially, running up against Commodore, Tandy, and then IBM and Microsoft, who became their biggest, continual rivals.  The launch of the Macintosh, developed by Jobs, in 1984, proved successful, but did not last, and after a round of infighting, Steve Jobs was kicked out of the company a year later.  For the next few years, the company would experience major ups and downs, with a brief period of success in the late 80s and early 90s.  It was not until the late 90s, when Steve Jobs returned to run the company, that they finally started their rise to technological power.  With the introduction of the all-in-one iMac in 1998, an entirely new era began for Apple.  Since then, they have continued to expand their product line, introducing such massively popular products as the iPod, the iPhone, the MacBook Air, and the iPad.  The company has been viewed as exemplary for many years, but recently came under fire for conditions in its overseas factories.

$1 trillion: On August 2, 2018, Apple shares topped $207 for the first time ever. At that level, Apple became the first American public company to top $1 trillion in market cap. 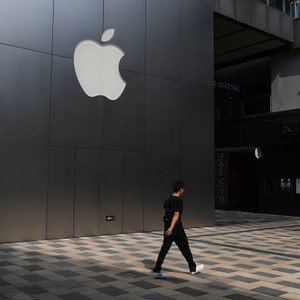