Chris Hughes Net Worth: Chris Hughes is an American entrepreneur who has a net worth of $500 million. Chris Hughes is most famous for co-founding Facebook with Harvard roommates Mark Zuckerberg, Dustin Moskovitz, and Eduardo Saverin. Hughes then went on to spearhead Barack Obama's online campaign during the Senator's 2008 successful Presidential run. Chris was named the Entrepreneur in Residence at General Catalyst Partners, and is part of the 17-member UN commission devoted to improving AIDS/HIV prevention programming around the world called "UNAIDS". He also started his own non-profit called Jumo.

In recent years Hughes has voiced criticism of Facebook, and he has even called for the tech giant to be broken up by increased government regulation.

Facebook Fortune: During his freshman year at Harvard, Hughes's roommate was Mark Zuckerberg. Chris agreed to join Mark's fledgling company and was unofficially in charge of user experience and product management. Hughes was one of the lucky few who decided to live in Palo Alto with Zuckerberg during the summer of 2004. It was during this summer that Facebook made key contacts that would eventually allow the company to grow into the juggernaut we know today. Hughes actually returned to Harvard and graduated in 2006 magna cum laude. He then moved back to Palo Alto to continue working at Facebook. In return for his early contributions, Hughes was given a 2% stake in the company. That 2% stake would eventually earn him a $500 million after-tax fortune. He worked on Facebook for a grand total of 3 years.

Chris Hughes Net Worth: Chris Hughes is an American entrepreneur who has a net worth of $500 million. Hughes is perhaps best known for co-founding Facebook along with Mark Zuckerberg. Chris was Mark's roommate at Harvard, and they built the social network together from the ground up.

Outside of his work with Facebook, Chris acted as the publisher and editor-in-chief of "The New Republic, an American political magazine. In 2019, he became the co-chair of the Economic Security Project. In 2020, Hughes returned to college and began studying for his Master of Arts in Economics at the New School for Social Research in New York City.

Career: In 2002, Mark Zuckerberg recruited Hughes to help him with the creation of Facebook. He spent the next two years working on a variety of tasks associated with the platform, allegedly beta testing the software and making suggestions on how to refine the product. Hughes and Zuckerberg didn't always see eye to eye, and Chris was initially opposed to the expansion of Facebook beyond Harvard and into other schools. Many of Facebook's key features were largely conceptualized and developed by Chris, and many observers believe that he was at least in part responsible for the network's later success on a global scale. Eventually, Hughes served as the spokesperson for Facebook.

During Barack Obama's presidential campaign in 2008, Chris Hughes worked as a volunteer. He then joined venture-capital firm General Catalyst in 2009 as an Entrepreneur in Residence. In 2010, he created his own social network called Jumo, which was a non-profit, charity-focused company. His philanthropic work was eventually recognized later in 2010 when the Joint United Nations Programme on HIV/AIDS appointed him to a High Level Commission of politicians and business leaders.

In 2012, he purchased a majority stake in "The New Republic" and subsequently became the publisher and executive chairman of the company. He also served as the editor-in-chief, which eventually caused numerous editors and staff members to resign due to personal differences with the company's direction. The magazine ultimately proved unprofitable under Hughes' leadership, and he put the company up for sale in 2016.

Facebook Stock: In return for his early contributions, Hughes was given a 2% stake in the company. That 2% stake would eventually earn him a $500 million after-tax fortune.

Real Estate: In 2013, it was reported that Chris Hughes had purchased a home in New York's 19th congressional district. He paid just under $2 million for the residence, and he handed over the money in cash. The area of this home is in the same district in which his husband Sean Eldridge planned to run for a House seat a year after this purchase. At this point, the pair also owned a $5-million, 80-acre estate in Garrison, plus a loft in Soho worth $5 million that they purchased together in 2010.

In 2019, it was reported that Chris Hughes had put his townhouse in Greenwich Village on the market for $26 million. Chris' agent stated that the couple was moving away from their 6,000-square-foot home due to concerns that their home could no longer cater to their expanding family. They originally purchased this home for $22.3 million back in 2015. Featuring four bedrooms, wood-burning fireplaces, a terrace, a screening room, and a wine cellar, the home is quite luxurious.

In 2020, it was reported that Hughes had managed to sell his home – but at a considerable loss. Despite listing the property for $26 million, he eventually accepted an offer of just $19.5 million. This represented a multi-million dollar loss on his initial investment back in 2015. The asking price was initially dropped to $21.5 million before the offer was accepted.

In 2021, Hughes and Eldridge added to their extensive real estate portfolio by purchasing a new home in the Kalorama neighborhood of the District of Columbia. They paid just under $8 million for the property, which was intended to be a second home that allowed them to visit friends and tackle work commitments in America's capital. Their primary residence remains in New York. This six-bedroom home features a large chef's kitchen, a fireplace, a large media room, a gym, a read garden, a terrace, a fire pit, and an outdoor fountain. The Kalorama neighborhood is home to many other influential celebs, such as Jeff Bezos and Ivanka Trump. 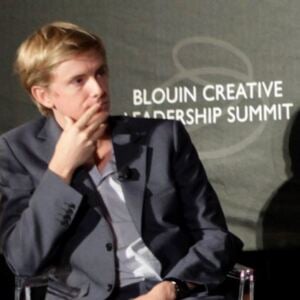