Chris DeWolfe net worth: Chris DeWolfe is an American entrepreneur who co-created MySpace and has a net worth of $50 million. Chris DeWolfe has earned his net worth through his position as CEO and co-creator of MySpace, as well as, a strategic advisor for MySpace and as a member of the board on MySpace China. As CEO of MySpace, he led the way to open up categories to website users, such as, news, music, film, MySpace TV, and MySpace Impact. More than 70 million users every month to enjoyed the company's entertainment, user forums, photo galleries, and more. The MySpace International network covers several countries around the world. After Chris de Wolfe stepped down as CEO of MySpace, he was replaced by former Facebook Executive, Owen Van Natta. Today he is the CEO of Los Angeles-based mobile game developer Jam City Inc.

Chris DeWolfe was born in Portland, Oregon in 1966. Both his mother and father were teachers. He went to Lincoln High School followed by the University of Washington where he earned a B.A. degree in Finance. He also attended the University of Southern California, where he focused on Marketing and Entrepreneurial studies. He earned an M.B.A. from the USC Marshall School of Business. He now lives in Los Angeles, California and is on the board of the L.A. County Museum of Art. You can read his profiles in many major media distributions, such as, Fortune and Businessweek. Chris de Wolfe met his wife Lorraine while they attended business school. T

News Corp Acquisition of Myspace: By now, most people know that News Corp acquired Myspace for $580 million. Prior to the sale, Myspace had been restructured several times resulting in a rather complicated equity shareholder pool. First off, the company had received $15.3 million in early funding from a company called VantagePoint. Then, in February 2005, Myspace took on another $15.5 million from a company called Redpoint. At the time of the Redpoint investment, 25% of the equity was set aside for six employees who were considered the founders of Myspace. This group included Tom Anderson and Chris DeWolfe who each sold $3 million worth of their equity to Redpoint. There was one catch to the Redpoint investment though – If Redpoint was able to sell Myspace for greater than $125 million within one year, the founders stake would be limited at that $125 million valuation. That meant, when News Corp acquired Myspace for $580 million, the six founders received a combined $30 million. According to the book "Stealing Myspace" by Wall Street Journal reporter Julia Angwin, DeWolfe and Anderson each took $10 million of that cut, leaving $10 million for the remaining four founders to split. DeWolfe and Anderson were then both given two-year $30 million contracts with News Corp. In the end, Redpoint made $44.5 million off their $15.5 million investment in less than a year. VantagePoint made $139 million off their $15.3 million investment. In total, between cash outs, acquisitions and salary, Anderson and DeWolfe both grossed roughly $40 million from the Myspace venture. 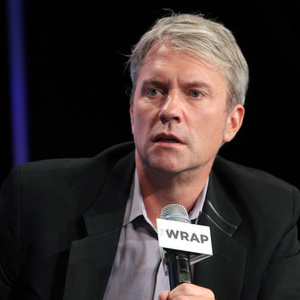