He is best known for being the star of the reality TV series Overhaulin'. He started to work on automobiles for her father's company Project Design when he was seven years old. He graduated from the Art Center College of Design in 1990. He then worked for Sterenberger Design and Boyd Coddington. He started to work for Coddington full time and became president of the company Hot Rods by Boyd. During his time at Coddington Foose designed the Boydster I and II. Hot Rods by Boyd filed bankruptcy in 1998 and Foose left to start his own automotive and product design company with his wife Lynne called Foose Design. Foose Design was based in Huntington Beach, California. Foose retained many of Coddington's talented builders. In 2003 Chip gained exposure from a TLC documentary about his modified 2002 Ford Thunderbird, the Speedbird. Starting in 2004 Foose was the star of the TLC reality show Overhaulin' until 2008. The show returned in 2012 on Velocity. Foose is the Vice Chairman of the Progeria Research Foundation, California Chapter. He was inducted into the Hot Rod Hall of Fame in 1997, becoming the youngest person to achieve the honor. He was a Diecast Hall of Fame Inductee in 2009. Chip and his wife have two children together. 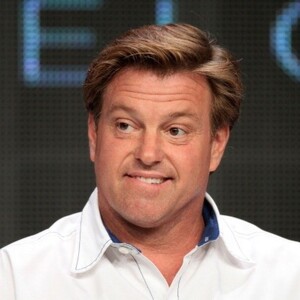