What Is Yvon Chouinard's Net Worth?

Yvon Chouinard is an American rock climber and outdoor equipment manufacturer who has a net worth of $100 million. Yvon Chouinard is best known for being the founder of the outdoor gear and clothing company, Patagonia, which manufactures environmentally-friendly outdoor clothing and products that also happen to be fashionable and trendy. Yvon Chouinard has been described as the world's most "reluctant" billionaire. Patagonia's annual retail revenue is $1 billion and the company generates around $100 million in profits. The company has been valued at $3 billion, which on paper meant Yvon's net worth was $3 billion.

In an unprecedented and shocking move, in August 2022 Yvon and his family donated Patagonia to charity. Technically, the family transferred 98% of Patagonia's private shares to a 501(c)(4) non-profit called the Holdfast Collective which will receive 100% of Patagonia's profits going forward. Holdfast will use the funds to fight climate change and preserve nature.

Yvon is also the founder of Chouinard Equipment, Ltd., and he has been an avid rock climber and instructor most of his adult life. He is notable for extensive climbing in Pakistan as well as the European Alps.

Chouinard founded Patagonia in 1973 with the goal of making clothing that could withstand extremely cold and windy weather that is frequently experienced in the harshest parts of South America. In 1985, the company was doing $20 million in sales, and by 1990, sales were $100 million. Yvon never took a penny of outside investment and still owns 100% of his company. Incredibly, Patagonia spends just 1/2 of 1% of sales on advertising each year. The company donates 10% of pretax profits to environmental charities every year.

Yvon Chouinard was born on November 9, 1938, in Lewiston, Maine. His father was French-Canadian and worked as a mechanic, handyman, and plumber. The family moved to Southern California in 1947, and during his youth, Yvon joined the Sierra Club and founded the Southern California Falconry Club. Chouinard began rock climbing at age 14 when he was investigating falcon aeries, and Tom Frost and Royal Robbins were among his early climbing partners. In 1957, Yvon decided to make his own climbing tools, so he taught himself how to blacksmith, and his friends started buying his reusable climbing hardware for $1.50 apiece. This led to Yvon founding Chouinard Equipment, Ltd.

Yvon was a central figure during the "Golden Age of Yosemite Climbing," and he was featured in the 2014 documentary "Valley Uprising," which is about that era. In 1964, he took part in the first ascent of Yosemite's North America Wall without the help of fixed ropes, and in the early '60s, he made first ascents in Canada on Mount Sir Donald's North Face, Mount Edith Cavell's North Face, and South Howser Tower's Beckey-Chouinard Route. Around that time, Chouinard introduced chrome-molybdenum steel pitons to the Shawangunk Ridge area, which is credited with revolutionizing climbing protection. In the early '70s, Yvon discovered that his company's steel pitons were damaging the cracks of Yosemite, so he and business partner Tom Frost began manufacturing aluminum chockstones (Hexentrics and Stoppers) and steel Crack-n-Ups and became committed to "clean climbing." Chouinard Equipment, Ltd. filed for bankruptcy protection in 1989, and a group of former employees bought the company's hard assets and reestablished Chouinard Equipment, Ltd. as  Black Diamond Equipment, Ltd. 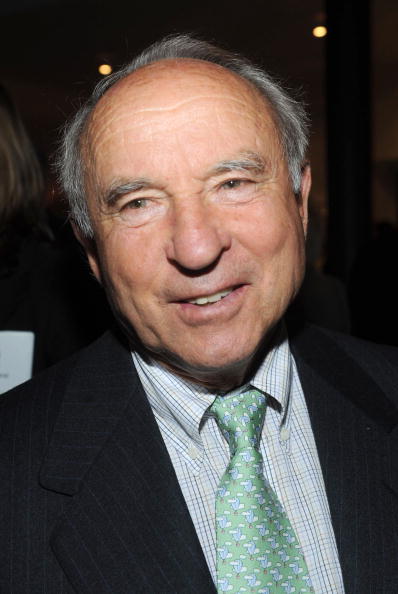 During a 1970 trip to Scotland, Yvon bought some rugby shirts that he liked to wear while climbing because the collar protected his neck from the climbing sling. His climbing friends in the U.S. asked where they could get the shirts, and by 1972, Chouinard Equipment, Ltd. began selling rugby shirts. In 1973, Yvon opened Great Pacific Iron Works, the first Patagonia store, in Ventura, California. Some of Patagonia's earliest products were Stand-Up shorts, the Ultima Thule pack, and Foamback raingear, and within a few years, the company branched out to pile jackets and sportswear. Chouinard was committed to making Patagonia a great place to work, so the company opened an on-site cafeteria with "healthy, mostly vegetarian food" and began offering on-site child care in 1984. In 1986, he decided that the company would donate 10% of profits or 1% percent of sales (whichever was greater) to organizations dedicated to environmental activism. A few years later, Yvon became aware that the corporate cotton Patagonia was using had a "heavy environmental footprint," so in 1996, the company made the switch to solely organic cotton. However, customers weren't satisfied with the organic cotton, and Patagonia's sales dropped by 20%. The company began training farmers in organic farming, and within a few years, profits rose to their previous levels. In 2002, Chouinard founded the international organization 1% for the Planet, with Patagonia being the first business to pledge 1% of annual sales to environmental causes. The organization is meant to "build, support and activate an alliance of businesses financially committed to creating a healthy planet," and according to the official website, more than 5,000 individuals and businesses have joined the cause.

In 1971, Yvon married Malinda Pennoyer, who was a studying home economics and art at California State University, Fresno. The couple has two children, daughter Claire and son Fletcher, and they split their time between Ventura, California, and Wyoming. Along with rock climbing, Chouinard is passionate about surfing, fishing, kayaking, and writing.

In 2013, Yvon was honored with the Inamori Ethics Prize for his "conscientious, humanistic business approach" and his "lifetime commitment to corporate social responsibility." In 2018, the Sierra Club presented him with the John Muir Award, and Sierra Club President Loren Blackford said of the organization's decision to honor Chouinard, "Patagonia's business model is truly inspiring. It is a blueprint for other businesses, large and small, to follow." Yvon was awarded an honorary degree from Bates College in Lewiston, Maine, in 2021. 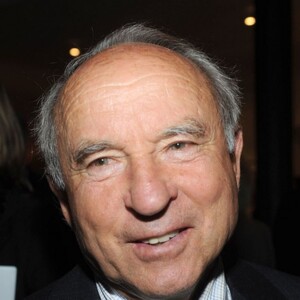