Wycliffe Grousbeck net worth: Wycliffe Grousbeck is an American entrepreneur and co-owner of the Boston Celtics who has a net worth of $400 million dollars. Born on June 13, 1961, Wycliffe Grousbeck is also the CEO and governor of the NBA Basketball team. He attended Princeton University, the University of Michigan, and Stanford University and studied business. He is currently married to his wife, Corinne, and was a seven-year partner at Highland Capital Partners and later co-founded Boston Basketball Partners LLC with his father, H. Irving Grousbeck. Grousbeck stepped up to Chairman of the Massachusetts Eye and Ear Infirmary in 2010 and co-founded Causeway Media Partners. He recently became involved in an electric auto racing championship that will take place in September 2014. 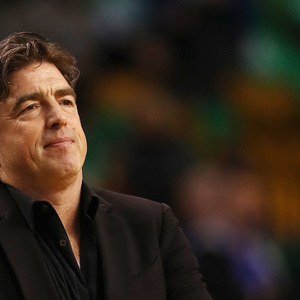