Early Life: Willie Jess Robertson was born on April 22, 1972, in Bernice, Louisiana. He was born three days before his father Phil's 26th birthday. He has two older brothers, Alan and Jase, and one younger brother, Jep. Willie grew up around hunting and in the outdoors, and spent a lot of time around his father's business, Duck Commander. Willie worked for his father while growing up. Willie attended Harding University and graduated from Northeast Louisiana University with a Bachelor's Degree in business.

Career: Duck Commander was founded in 1972 and today has grown into a multi-million dollar business specializing in the manufacture of a variety of popular hunting-related products such as duck decoys, duck calls, cooking DVDs, and apparel. Willie runs Duck Commander alongside his dad Phil, brother Jase, mother Miss Kay, Uncle Si, and wife Korie. Just a handful of years ago, Duck Commander was a small-time mom-and-pop operation run from the family living room. Willie's father invented their signature Duck Commander Duck Call in 1972. That first year, Phil's call earned $8000 in revenue. Within a few years, that number had grown to over $500,000 as the duck call became more popular among hardcore hunters. When Willie became CEO of the company, he used his business degree and sales experience to take the company out of the living room and into the big time. Duck Commander generated a great portion of Willie's wealth and also drew the interest to start the TV show "Duck Dynasty" on A&E. "Duck Dynasty" aired Wednesday nights at 10 pm and grew from one million viewers per episode to over eight million.  "Duck Dynasty" was one of the most popular shows on television and aired in over 40 countries. The third season's final episode drew an audience of over 10 million people and beat out network shows like American Idol. "Duck Dynasty" premiered on March 21, 2012. The final episode of the series aired on March 29, 2017.

Today, Duck Commander, the business that inspired the popular show, is a thriving business empire that sells 600,000 duck calls a year in addition to their popular DVDs, books and other merchandise. The Robertson family are self-described "redneck millionaires" who enjoy finer things like new trucks and houses but still won't hesitate to jump in the mud on a hunting trip.

In addition to being a TV star, Willie is also an author whose memoir has sold over a million copies and was ranked number one on the New York Times bestsellers list. 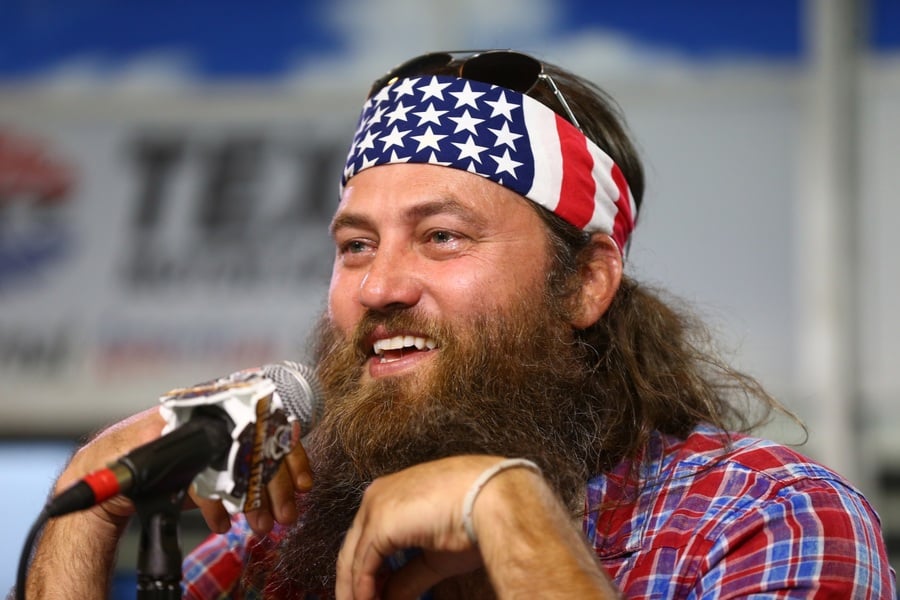 Personal Life: Willie and Korie Robertson have been married since 1992. They have six children. Three of the kids are Willie and Korie's biological children: Sadie, John, and Bella. Rebecca is their foster daughter, who first came to the family as an exchange student from Taiwan in 2004. They adopted their son Willie Alexander. In 2016, Willie and Korie revealed that they were adopting another son, a 13-year-old.

He is known for his Christian faith.

Willie is almost always seen wearing a bandana in the pattern of the American flag on his head, and he often wears a white suit jacket to look more professional. The jacket has caused people to compare him to "The Dukes of Hazzard" character Boss Hogg.

Willie, like many of his family members featured on "Duck Dynasty," is known for his ZZ Top-style beard.

Willie Robertson was the guest of U.S. Representative Vance McAllister at the 2014 State of the Union Address by President Barack Obama.

On Sunday, April 26, 2020, the Robertson family home was hit with eight to 10 bullets in a drive-by shooting in the middle of the afternoon. No one was hurt.  The local Sheriff's Office in Louisiana arrested 38-year-old Daniel King, Jr.,  in connection with the incident. He's been charged with one count of aggravated assault by drive-by shooting and one count of neglect of family and was sent to jail with a bond set at $150,000. Willie made an appearance on Fox & Friends after the arrest, saying," I don't know this guy, I don't know what the motive was. I don't know what he was thinking but I'm just glad they caught him."

Willie went on to say that he and his family were "pretty shook up" after one of the bullets that fired at the residence went through the bedroom window of the home where his son John lives with his wife, Mary Kate, and their infant son. Additionally, a restraining order has been issued against King for John, Mary Kate, and their son.

In 2020, Robertson shocked fans with a new, shorter haircut during the coronavirus pandemic.

Real Estate: Willie and Korie Robertson live in West Monroe, Louisiana on a gated property that holds both the homes of Willie and Korie, along with the home of their son John Luke and his wife Mary Kate. Not much is known about the home, except for the fact that it sits on 21 wooded acres. 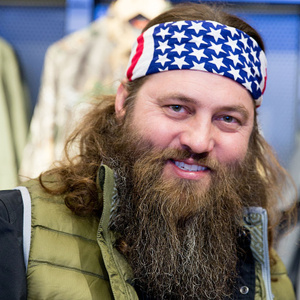