What is William Clay Ford Jr.'s Net Worth and Salary?

Ford was born on May 3, 1957 in Detroit, Michigan. His father was William Clay Ford Sr. and his mother is Martha Firestone. On his mother's side, his grandparents are Harvey S. Firestone Jr. and Elizabeth Parke and on his father's side, his grandparents are Edsel Ford I and Eleanor Lowthian Clay. He grew up with his three sisters – Martha, Sheila, and Elizabeth. The family is of Irish, English, and Belgian descent.

Ford attended Hotchkiss School in Connecticut and graduated in 1975. He then attended Princeton University and graduated with a degree in history in 1979. He wrote his senior thesis on his great-grandfather, Henry Ford, and the labor movement. He was also president of the Ivy Club and played on the school's rugby team. He worked for a few years at Ford before returning to school, enrolling at the MIT Sloan School of Management as a Sloan Fellow and earning an M.S. in Management in 1984.

After finishing his degree at Princeton, Ford began working at Ford Motor Company in 1979. He held a number of different positions in his early years with the company, beginning in product development and then on the financial staff, which is where many future executives of the company begin. He spent several years as a mid-ranking executive in product development and also headed the Climate Control Division for a brief period of time. By the late 1990s, the was in charge of Ford's heavy truck operations.

He gave up his executive positions in the heavy truck department to become chairman of the finance committee on the board of directors. He was elected chairman of the board in September of 1998, taking office on the first of January in 1999. By 2001, he was chief executive officer after former CEO, Jacques Nasser, was ousted.

Under Ford's direction, the company made a number of technological advances especially in the area of increasing fuel efficiency and developing electric and hybrid vehicles. The Hybrid Electric Escape was introduced to the market, which at the time was the most fuel-efficient SUV on the market. Many of the other vehicles in Ford's lineup also received hybrid-electric powertrain options. Ford announced that half of the vehicle lineup would be available with these hybrid upgrades by 2010.

He also directed the company to continue developing new engine technologies, such hydrogen-fueled internal combustion engines, as well as other hybrid-electric systems. During this time, the company heavily marketed a number of their high efficiency crossover SUVS like the Ford Freestyle and the Volvo XC70. They also developed now crossover SUVS, including the Ford Edge and the Lincoln MKX. Additionally, the company focused on developing flexible fuel, alternative fuel, and dual fuel vehicles, all of which are designed to reduce the need for gasoline. Many of the vehicles were texted in various forms of public transportation, like buses and taxis, and some were sold to the public for private use. 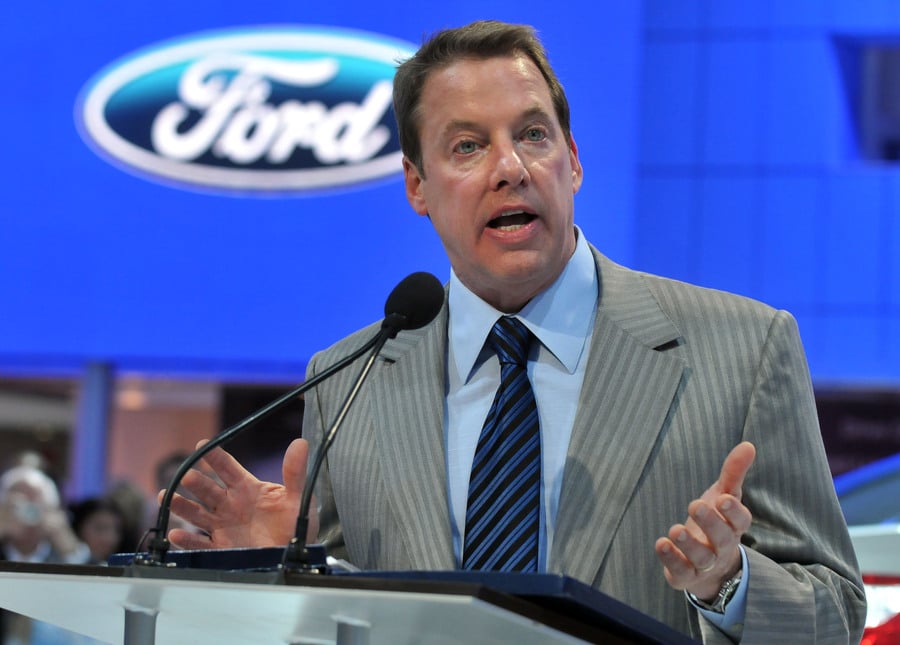 In 2006, then Ford president and chief operation officer, Jim Padilla, retired. Ford assumed these roles as well. However, soon afterward, Ford announced he would be stepping down as president and CEO and named former Boeing senior executive Alan Mulally as his replacement. He continues to serve as Ford's executive chairman.

After stepping down, Ford has become a vocal advocate for improvements and reforms to the global transportation system, as he foresees various problems as the global population continues to grow and put greater demands on the existing system. In January of 2010, he announced the launch of a strategic investment firm called Fontinalis Partners. The firm's purpose is to invest in various innovative companies that are focused on developing next-generation mobility solutions in the global supply chain and transportation systems. He co-founded the firm with Ralph Booth of Booth American Company, Mark Schulz of Ford Motor Company, Chris Cheever, and Chris Thomas.

Outside of his involvement with Ford Motor Company, Ford also serves as the vice chairman of the Detroit Lions NFL franchise. The Ford family has a long history with the Detroit Lions as William Clay Ford Sr., Ford's father, owned the team from 1963 until his death in 2014. Ford got involved in the management of the team in 1980 and helped breath new life into the organization. Ford also serves as a chairman on the United States-Mexico Chamber of Commerce.

Ford is married to Lisa Vanderzee Ford. They met while they were both studying at Princeton, though Lisa was a freshman while Ford was a senior. Four years after they met, they were married in 1983. The couple have four children together – two boys and two girls. He has followed a vegetarian diet since 1990 and became vegan in 2010. He has a number of hobbies. He plays the guitar and enjoys folk music. He also has his black belt in tae kwon do and has an interest in various forms of Eastern philosophy and tradition, such as yoga and Buddhism. 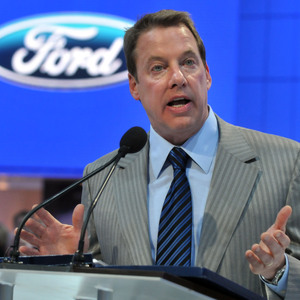