How much is Walter Scott, Jr Worth?

Walter Scott, Jr. net worth: Walter Scott, Jr. is a businessman and philanthropist who has a net worth of $2.9 billion dollars which makes him the second richest person in Nebraska behind Warren Buffett. Born in Omaha, Nebraska, Walter Scott, Jr., graduated from Colorado State University with a degree in Civil Engineering in the early 50s. After completing school, he began to work for Kiewit Construction, which later became known as Peter Kiewit Sons' Inc. He was elected to the board in 1964, and then became President of the company fifteen years later. Later that same year, he was appointed Chairman. A childhood friend of Warren Buffet, he joined the board of Berkshire Hathway and amassed a large portion of his current fortune when Berkshire Hathaway bought MidAmerican Energy. Peter Kiewit Sons' Inc., split into two divisions in the late 90s, and he is now Chairman of Level 3 Communications, one arm of the company, while continuing to serve as Chairman Emeritus for the main arm. He also sits on the boards of RCN Corporation and Valmont Industries, among other firms. 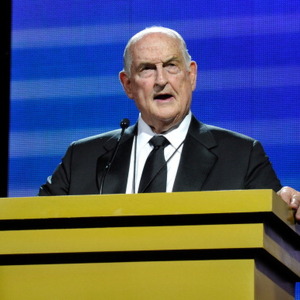