Vladimir Kim net worth: Vladimir Kim is a copper magnate who has a net worth of $3.5 billion dollars which makes him the richest person in Kazakhstan. Born in Almaty, Kazakhstan, Vladimir Kim grew up in a Korean family that was forced to move to Kazakhstan by Stalin. He graduated from Alma-Ata Architectural Institute in the early 80s, and went on to earn both an MBA and a PhD. He began working for the company, Kazakhmys, in the early 90s, as privatization swept Kazakhstan. Kazakhmys is a mining company. Mr. Kim currently serves as company CEO and also owns nearly 45% of the business. The company is currently listed on the London Stock Exchange, and was briefly listed on the Hong Kong Stock Exchange. Due to falling prices, Kazakhmys bought back a portion of its shares, so that the miner's shares would not see a significant drop. As the company continues to struggle, Mr. Kim has reportedly sold nearly $1 billion in personal shares in Kazakhmys over the last two years. Vladimir Kim is one of the very few wealthy people in the world who own an apartment in London's ultra exclusive One Hyde Park complex. 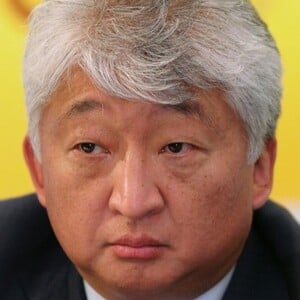