How much is Vivek Ranadive Worth?

Vivek Ranadive net worth: Vivek Ranadive is an Indian businessman and philanthropist who has a net worth of $700 million dollars. Vivek Ranadive was born in Mumbai, India, and knew from an early age that he wanted to attend MIT in Cambridge, Massachusetts. He went on to earn a spot at MIT, but the Indian government had a policy in place in the 1970s that mean he could not take foreign currency abroad. After camping outside of the Reserve Bank of India, the bank eventually relinquished $50 to the then 17-year old student. He went on to graduate from MIT, earning both his Bachelor's and his Master's degree in four years. He then earned an MBA from Harvard University and went on to work for Ford, M/A-Com Linkabit, and Fortune Systems, as well as his own company. He went on to head Teknekron Software Systems, and pioneered and developed the idea of the "software bus", which allowed for the tight coupling of applications. This led to the digitizing of Wall Street and trading. He then went on to found TIBCO Software, Inc. and currently serves as its Chairman and CEO. 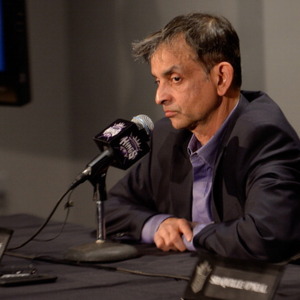