Virginia McCaskey net worth: Virginia McCaskey is an American heiress and sports team owner who has a net worth of $1.3 billion dollars. Born in Chicago, Illinois, Virginia McCaskey is the daughter of George Halas, the former coach and team owner of the Chicago Bears. The Chicago Bears were going to pass to Ms. McCaskey's brother upon her father's death, but her brother passed away of a heart attack in the late 70s, and when her father died, he passed the team to her. The Bears went on to win the next Super Bowl, but then had trouble throughout the 90s. Her son served as team president during this time, but both have taken a more distant role since 1999. The current team President is Ted Phillips. George McCaskey III is currently the Chairman of the Board. Ms. McCaskey accepted the NFC Championship trophy in 2007. The event was quite special to her, as the trophy bears her father's name. The Bears had just beaten the New Orleans Saints, thus gaining a trip to Super Bowl XLI. 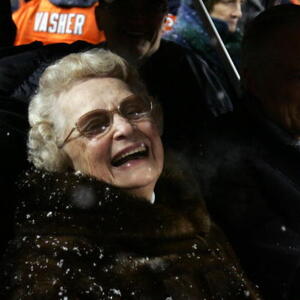