Victor Pinchuk net worth: Victor Pinchuk is a Ukrainian mogul and philanthropist who has a net worth of $1 billion. Victor Pinchuk has built up the majority of his immense fortune as the founder and main owner of EastOne Group Ltd., an international investment advisory company headquartered in London, and of Interpipe Group, one of Ukraine's leading steel industry groups.

As of recent, he is focusing more on getting involved with online ventures with the launch of internet business incubator EastLabs in Kiev which aims to encourage start-ups. Furthermore, Pinchuk owns four TV channels and a popular tabloid, Fakty i Kommentarii, as well as he made co-investments with the Privat Group faltering: Aerosvit, one of the largest Ukrainian airlines, which declared bankruptcy. His marriage to Olena Pinchuk, makes him a son-in-law of ex-president Leonid Kuchma and as such, he had been a member of the Ukrainian parliament, the Verkhovna Rada, for two consecutive terms in the period from 1998 to 2006. Apart from his manifold business engagements,Victor Pinchuk has also supported philanthropic projects across Ukraine. With Olena, he has four children, three daughters and a son. 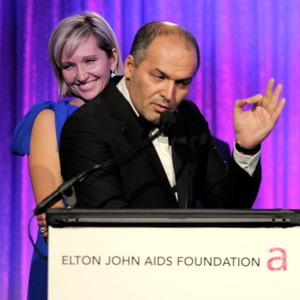