What is Troy Carter's Net Worth?

Troy Carter is an American music manager ans CEO who has a net worth of $50 million. Troy Carter co-founded and serves as the CEO of the company Q&A. Previously in his career, he was the chairman and CEO of the talent management and film and television production company Atom Factory. Atom Factory became especially notable for managing the careers of artists such as Lady Gaga, Meghan Trainor, John Legend, Charlie Puth and Priyanka Chopra. Among his other endeavors, Carter formerly worked for the audio streaming and media services provider Spotify and was a very early venture investor in companies including Uber, Dropbox, Lyft and Warby Parker.

Troy Carter was born on November 14, 1972 in Philadelphia, Pennsylvania. When he was two, his parents divorced, and his father subsequently remarried. However, turbulence eventually returned to the family, and when Carter was seven, his father fatally shot his new wife's brother in an argument. As a result, he was sentenced to 12 years in prison. When Carter's father was released, he remained with his wife and rebuilt his life.

Carter was educated at Huey Elementary and Sayre Middle School. He then attended West Philadelphia High School, but dropped out at the age of 17 to pursue his professional music career.

With his rap group 2 Too Many, which he had formed in high school before dropping out, Carter signed to Will Smith and James Lassiter's label WilJam Records. The group only lasted for about a year, after which time Carter went to work in the studio for DJ Jazzy Jeff. He also served as a personal assistant to Lassiter. When he was 23, Carter began promoting rap concerts around Philadelphia. It was while doing this work that he first met record producer and rapper Sean Combs, who hired him as an intern at the label Bad Boy Records. Carter's internship lasted for a year and a half. Subsequently, he moved to Los Angeles to work again with Lassiter, but was fired and sent back to Philadelphia. There, Carter struggled to achieve success.

Carter got his big break in 1999 when he met fledgling rapper Eve, who asked him to serve as her manager. After taking her under his wing, he began managing other rap artists such as Floetry and Nelly. Carter expanded his business by co-founding the talent management company Erving Wonder with Jay Erving, the son of retired basketball player Julius Erving. Later, in 2003, Carter returned to Los Angeles and helped Eve land her own eponymous television sitcom on UPN.

In 2004, Carter and Erving sold their talent management company to the UK-based record company Sanctuary. However, the deal gradually fell apart over the ensuing two years; to make matters worse, Carter was fired by his number-one client Eve. As a result, Carter lost all his money from the Sanctuary deal and sank into major debt. With his car repossessed and his home mortgage foreclosed, he faced imminent eviction from his residence.

Just as Carter had seemingly hit rock bottom, he was introduced to a new client by record producer Vincent Herbert: a singer-songwriter known as Lady Gaga, who had just been dropped by Def Jam Records. Over the course of 2007, Carter, Herbert, and Gaga traveled around California performing at various clubs. Also that year, Carter founded Coalition Media Group. A few years later, he formed the talent management division Atom Factory, which also does full-service film and television production. In 2011, Carter earned an Emmy Award nomination for executive producing the HBO concert special "Lady Gaga Presents the Monster Ball Tour: At Madison Square Garden." He has since found great success managing such musical artists as John Legend, Meghan Trainor, Lindsey Stirling, and Pia Mia. Carter's management of Gaga, however, ended in 2014. 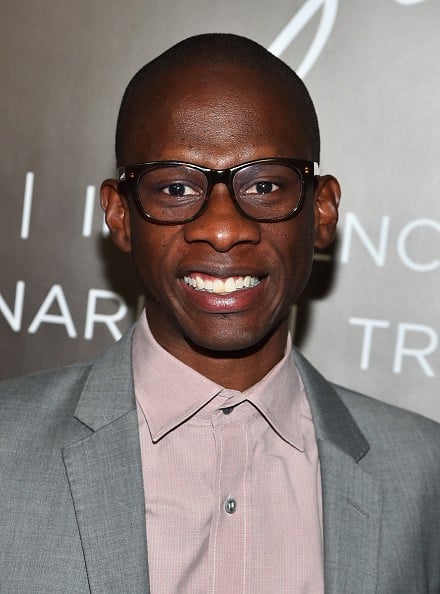 Other Projects and Appearances

Among his other projects, Carter co-founded the Silicon Valley startup the Backplane in 2011. The company works to facilitate social media connections between celebrities and fans. In 2012, Carter was named a Henry Crown Fellow at the Aspen Institute. He also serves on the board of advisors of the semantic web platform State, and formerly served as the global head of creator services at the audio streaming and media services provider Spotify. Carter left the latter position in 2018 and took on an advisory role. He subsequently co-founded the services, distribution, and technology company Q&A with Suzy Ryoo. Carter serves as the CEO of the company, which has developed the digital applications StreamRate and Venice For Labels.

In 2015, Carter appeared as a guest Shark in the seventh season of the ABC business reality television series "Shark Tank." Other guests that season were Ashton Kutcher and Chris Sacca.

With his wife Rebecca, who works in finance, Carter has five children. The family resides in Los Angeles.