Tony Hsieh Net Worth: Tony Hsieh was an American entrepreneur, author and venture capitalist who had a net worth of $850 million at the time of his death in 2020. Tony was best-known for being the visionary CEO of online shoe sales company, Zappos. He then wrote a best-selling book about his success called "Delivering Happiness". Later in life he focused on transforming downtown Las Vegas.

Early Life: Tony Hsieh was born in Illinois in 1973, but the family soon moved to California. He attended Branson High School in Ross, California and then went on to Harvard University where he earned a computer science degree.

LinkExchange: Tony's first job out of college was at Oracle. He did not enjoy this job and spent most of his time brainstorming a side project.

Tony soon left Oracle to develop an idea for an internet advertising exchange service. The end result was a company called LinkExchange, which he founded with a friend. LinkExchange allowed websites to display ads for other businesses in exchange for their ads being displayed across the web. The more ads a site displayed, the more their own ads would be shown across the LinkEchange network. By 1998, the year the company was acquired by Microsoft for $265 million, LinkExchange had 400,000 members and rotated 5 million ads per day. According to the terms of the buyout, Tony was meant to stay on with Microsoft to earn additional payouts. He famously grew tired of "resting and vesting", and left Microsoft with tens of millions of future payouts on the table.

VentureFrogs: Next, Hsieh co-founded the investment firm, Venture Frogs, with Alfred Lin. Some of the business' investments included OpenTable, Ask Jeeves and, most importantly, a little-known shoe retailer that would soon be called Zappos.

Zappos: At first, Hsieh was not convinced that selling shoes online was even a remotely viable idea but, after learning that the footwear industry in the U.S. (at the time) was a $40 billion market with almost no sales occurring through the internet, he changed his mind.

In 1999 VentureFrogs gave the startup $2 million to launch what was then called ShoeSite.com. Later that year the company changed its name to Zappos, a reference to the word "zapatos", the Spanish word for shoes.

In 2001 Tony became co-CEO of Zappos with company founder Nick Swinmurn. That year, the company generated $1.6 million in revenue. A little less than a decade later, the company was generating over $1 billion per year. Along the way, Zappos started to earn a reputation for having amazing corporate culture that focused acutely on employee happiness and providing the best customer service of any retailer.

At Tony's direction, the the Zappos corporate headquarters was moved from the Bay Area to Las Vegas, where Tony knew labor and real estate would be significantly less expensive.

Amazon Sale: On July 22, 2009 Amazon acquired Zappos in an all-stock deal. The deal consisted of 10 million shares of Amazon which equated to $1.2 billion on the day the deal was announced. Tony Hsieh earned a reported $214 million through his personal stake in the company and an additional $100-$200 million thanks to his VentureFrogs stake.

FYI, today 10 million shares of Amazon would be worth $32 billion. Presuming that Tony received around 3 million Amazon shares through the acquisition, and never sold a share, today that stake would be worth $9.6 billion. Tony must have sold the majority of his stake because his net worth never was officially confirmed as being over $1 billion. At its peak, we estimated Tony Hsieh's net worth to be $850 million.

Tony stepped down from CEO of Zappos in August 2020. He had been involved with the company in some form for 21 years.

Other Ventures: In 2011, Hsieh joined the board of directors of JetSuite.

In 2010 Tony published his first book, "Delivering Happiness". The book became a #1 New York Times bestseller, staying on the list for more than six months.

Later in life Hsieh was notably for his association with downtown Las Vegas. Hsieh founded the Downtown Project, a $350 million revitalization project aimed at cleaning up the area, bringing in businesses, schools, residences and tech firms. Hsieh aimed to give Las Vegas a modern urban core. The project's funding is divided between several initiatives: $200 million for investments in real estate, $50 million for health, culture, and education initiatives in Las Vegas, $50 million for tech startups, and the remaining $50 million for small businesses.

Real Estate: During at least part of his time living in Las Vegas, Tony famously lived in a trailer park. This is well after earning hundreds of millions of dollars from the Amazon sale. He also owned a home out in the Vegas suburbs.

In August 2020 Tony paid a reported $56 million for a group of residential properties in Park City, Utah.

Death: Tragically, Tony died on November 27, 2020 at the age of 46 in a house fire while visiting family in Connecticut over the Thanksgiving holiday. 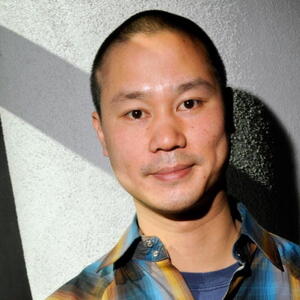