What is Tom Monaghan's Net Worth?

Tom Monaghan is an American entrepreneur who has a net worth of $400 million dollars. He earned his fortune as the co-founder of Domino's Pizza. He was the company's sole owner in 1998 when he sold Domino's to Bain Capital for $1 billion. Tom Monaghan also owned the MLB team the Detroit Tigers from 1983 to 1992. After retiring from Domino's in 1998, Monaghan began focusing his attention on promoting conservative Catholic causes.

Tom Monaghan was born in Ann Arbor, Michigan on March 25, 1937. His father died when he was four years old. Because his mother struggled to raise him alone, he and his younger brother James were placed in the St. Joseph Home for Children in 1943. Tom lived in the orphanage from ages six to twelve. Run by the Felician Sisters of Livonia, the orphanage inspired Monaghan to embrace Catholicism. He later attended St. Joseph's Seminary with the aim of becoming a priest. However, Monaghan was expelled from the institution for multiple disciplinary offenses. In 1956, he accidentally enlisted in the US Marine Corps when he had intended to enlist in the Army. A few years later, he earned an honorable discharge.

After returning to Michigan, Tom enrolled at the University of Michigan and began working toward a degree in architecture. In 1960, Tom and his brother James paid $500 for a small pizza parlor in Ypsilanti called DomiNick's. They put $500 down and got a $900 bank loan to help with operations.

The store struggled initially, but then he hit on a plan to focus on delivering to college campuses. He developed a pizza delivery box that allowed for more pizzas to be delivered at once, and carefully rolled out his stores in college towns. In the mid 1960s, the original owner of DomiNick's asked Tom to stop using his name on the expanding empire. Tom agreed and ultimately landed on a new name:

In those early years as the company expanded, Monaghan famously traded his brother a VW Beetle to acquire his half of the business.

He continued focusing his efforts on delivering pizzas to college campuses, and innovated again – this time with a new insulated box that would prevent the pies from getting crushed when stacked. Through a rigorously controlled system of franchising, Monaghan was able to spread his business to a number of other college towns in the US, and by the mid-80s, Domino's franchises were being opened every day. The company continued to grow, opening its first international store in Winnipeg, Canada in 1983 before expanding to countries including the UK, Japan, the Dominican Republic, China, and many more.

In 1998, following 38 years of ownership, Monaghan retired from his position at Domino's and sold his 93% ownership of the company to the Boston-based investment firm Bain Capital. The deal was estimated at around $1 billion. 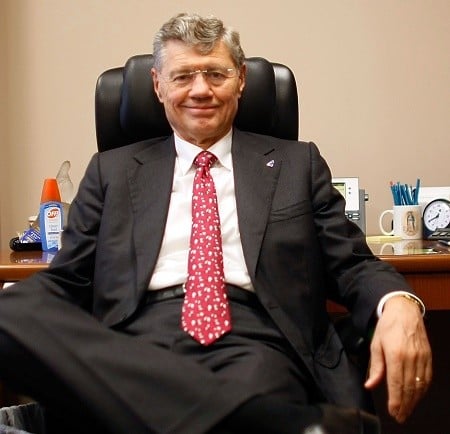 Tom bought the Detroit Tigers in 1983 for $53 million. One year later the Tigers won the World Series.

Among the other possessions he accumulated from his wealth, Monaghan had an ostentatious office suite at the Domino's headquarters. The suite featured leather-tiled floors and an assortment of Frank Lloyd Wright furnishings, including an oak dining table set he purchased for $1.6 million. Monaghan also bought a piece of Drummond Island in Michigan, on which he built a private resort designed in homage to Wright.

He also bought nearly 300 cars, including an extremely rare Bugatti that cost more than $8 million.

He bought a Gulfstream private jet, a yacht and a helicopter.

In the late 1990s Tom Monaghan had a life-changing experience. After reading the book "Mere Christianity" by C.S. Lewis, specifically a chapter on pride, Tom decided to change his life. From that point on he decided to dedicate his life to philanthropy.

As of this writing Tom has given away more than $500 million of his fortune. He intends to give his entire fortune to charity.

His philanthropic efforts have been primarily focused on Catholic charities. Tom has founded several Catholic colleges. In 1998 he founded Ave Maria College in Michigan and Ave Maria University in Florida.

Monaghan has devoted much of his time and considerable fortune to furthering conservative Catholic causes. In 1983, he founded the Mater Christi Foundation to promote Catholic education, charity, and community programs. Today, the organization is called the Ave Maria Foundation; it has been responsible for the creation of a university and a law school. Monaghan also founded Legatus International, which comprises business executives and their families who commit themselves to the Catholic faith.

In his many activist endeavors, Monaghan has worked to advance strict moral conservatism and white Christian nationalism. He established the anti-abortion political action committee the Ave Maria List, and also founded the Thomas More Law Center, a law firm that opposes abortion, same-sex marriage, religious freedom, and other personal and social rights. Moreover, Monaghan donates to the anti-abortion Priests for Life organization.

Monaghan launched his second restaurant business in 2011 with the creation of Gyrene Burger Company. The company utilized a military-themed delivery concept in homage to Monaghan's service in the Marines, and offered incentives to military veterans. Gyrene had its flagship store in Naples, Florida before moving to Knoxville, Tennessee. The company closed all its locations in the summer of 2018.

In 1962, Monaghan married Marjorie Zybach, whom he first met while delivering pizza. The couple has four daughters named Margaret, Mary, Susan, and Barbara. 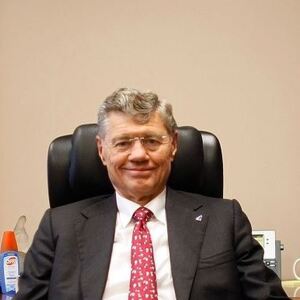