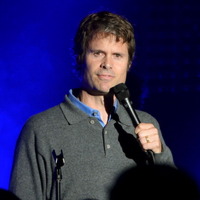 Tim Westergren Net Worth and salary: Tim Westergren is an American composer and record producer who has a net worth of $50 million. As of March 2017, Tim Westergren owns 2,214,991 shares of Pandora. The current price per share of Pandora is $12 which when multiplied by Tim's shares is how you arrive at a net worth of approximately $26 million. Born December 21, 1965 in Minneapolis, Minnesota, he is best known as the co-founder of Pandora Radio in the year 2000. He served as the Chief Strategy Officer for Pandora Media, Inc. between July 2004 and February 2014. He is an award-winning composer and record producer with 10+ years of experience in the music industry. Westergren has recorded with indie labels, scored the music for feature films and performed extensively. He holds a bachelor's degree from Stanford University, where he studied computer acoustics and recording technology. In 1999, he founded Pandora Media, along with co-founders Will Glaser and Jon Kraft, in Oakland, California. The company went public in 2011, reportedly earning $138 million that fiscal year. Westergren and Glaser also created the Music Genome Project, a mathematical algorithm to organize music, and the concept was marketed by Pandora Media. The software uses a mathematical algorithm to predict a person's musical taste based on a small musical sampling. In 2010, Tim Westergren was named among the 100 most influential people in the world by Time magazine.