Thomas Siebel net worth: Thomas Siebel is an American business executive and entrepreneur who has a net worth of $3 billion. Thomas Siebel was born in Chicago, Illinois in 1952 as one of seven children of Arthur, a Harvard educated attorney and Ruth, a housewife. Thomas Siebel attended the University of Illinois where he received a BA in history, an MBA and an MS in computer science. Thomas Siebel worked for Oracle from 1984 to 1990. He co-founded Siebel Systems, a software company that designed, developed, marketed, and supported customer relationship management (CRM) applications. Oracle bought Siebel Systems in January 2006 for $5.8 billion. For many years Thomas famously had a bitter rivalry with Oracle founder Larry Ellison.

Thomas Siebel is currently the Founder, Chairman, and Chief Executive Officer of C3, energy efficiency and smart grid analytics software company as well as the Chairman of First Virtual Group, a diversified holding company focused on investment management, commercial real estate, agribusiness, and charitable causes. Philanthropically, Thomas Siebel founded the Siebel Foundation in 1996 which is active in supporting the homeless and underprivileged as well as methamphetamine abuse prevention. Thomas Seibel and his wife Stacey have four children. The family resides in Woodside, California and Montana. Thomas' second cousin is an investment banker named Kenneth Siebel. Kenneth's daughter Jennifer Siebel is married to Gavin Newsom, the Governor of California. 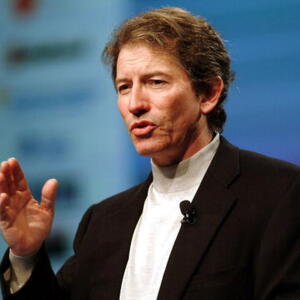